Can you believe spring is here! A great way to be outside and enjoy the outdoors is to hear the songbirds that are all around you. Whether you live in a city, the suburbs or a rural area, we are surrounded with the gorgeous sounds of our feathered friends.

There are so many birds that are common to North America, here are a few of our favorites. 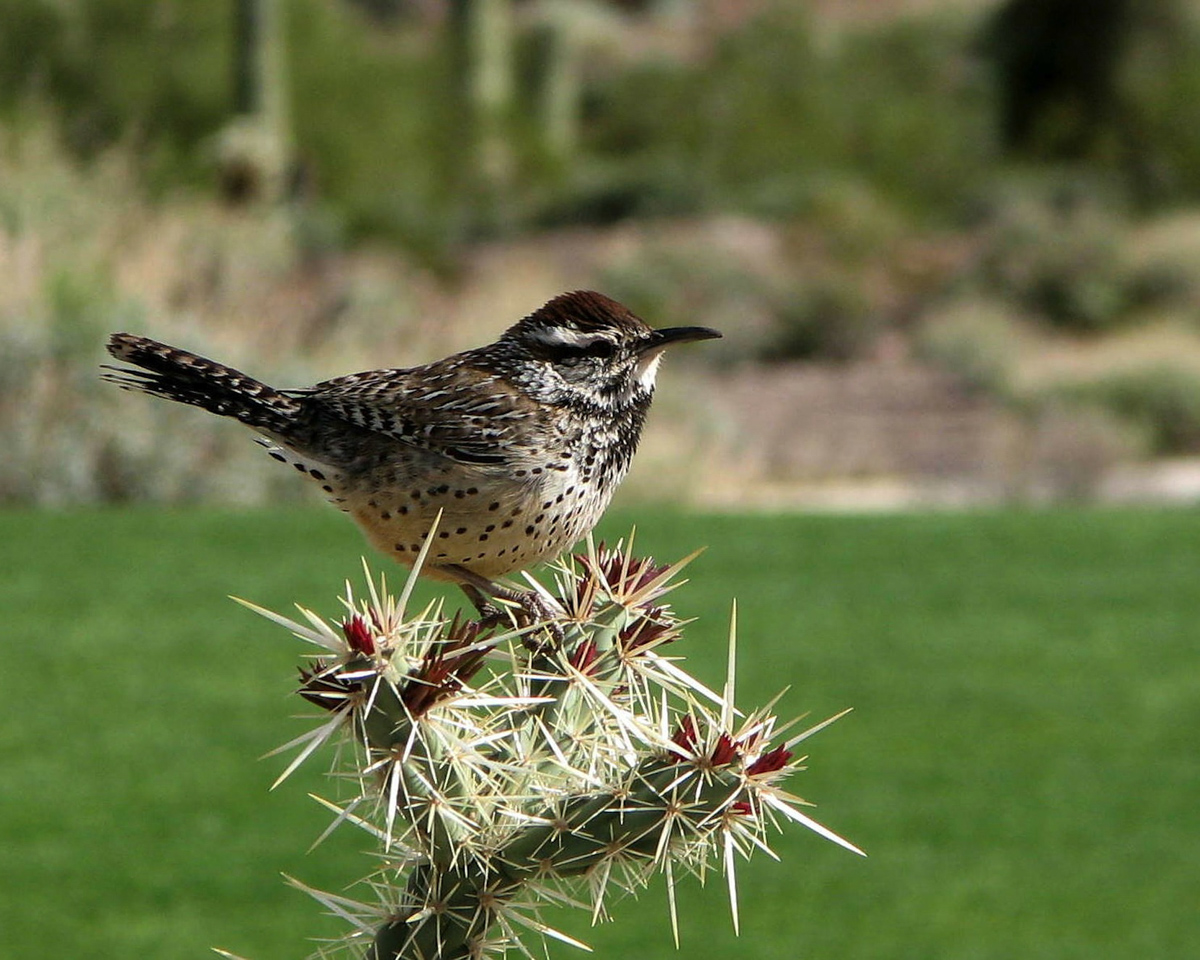 Wrens are songbirds that live in backyards in North America. They prefer birdhouses with 1/8 inch openings and are migratory birds that stick mainly in the northern parts of North America and even into Canada! Wren’s favorite snacks are mealworms, peanut butter, peanut hearts, and suet.

They can be tricky to attract but are known for singing lovely songs. 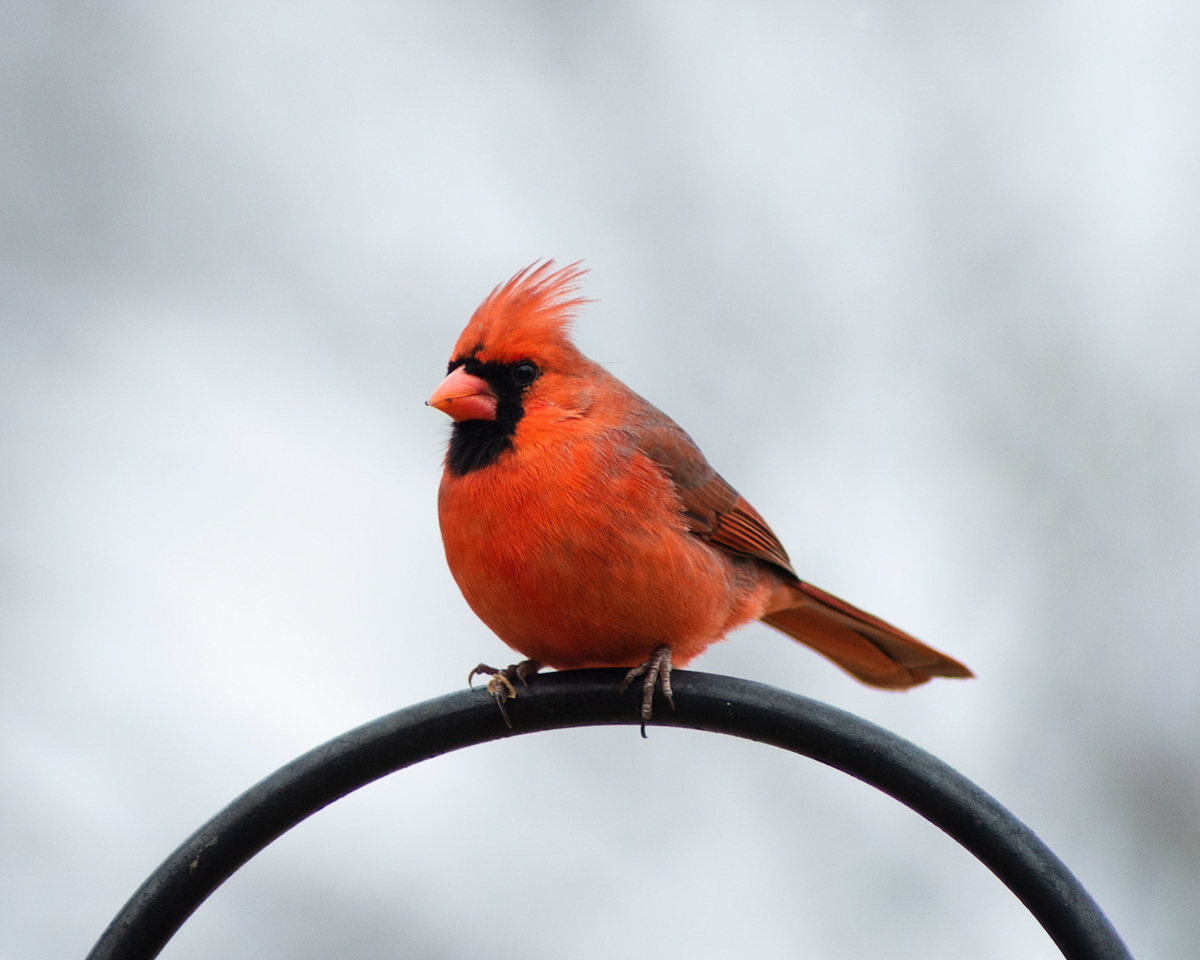 The Cardinal is the state bird of 7 states and is stays in the Southern US States, even when it gets cold! Male cardinals have brighter red plumage than their female counterparts, which are much more muted and brown in color with small tinges of red. Black Oil Sunflower Seeds are one of their favorite snacks and cardinals love bird seed placed in feeders! 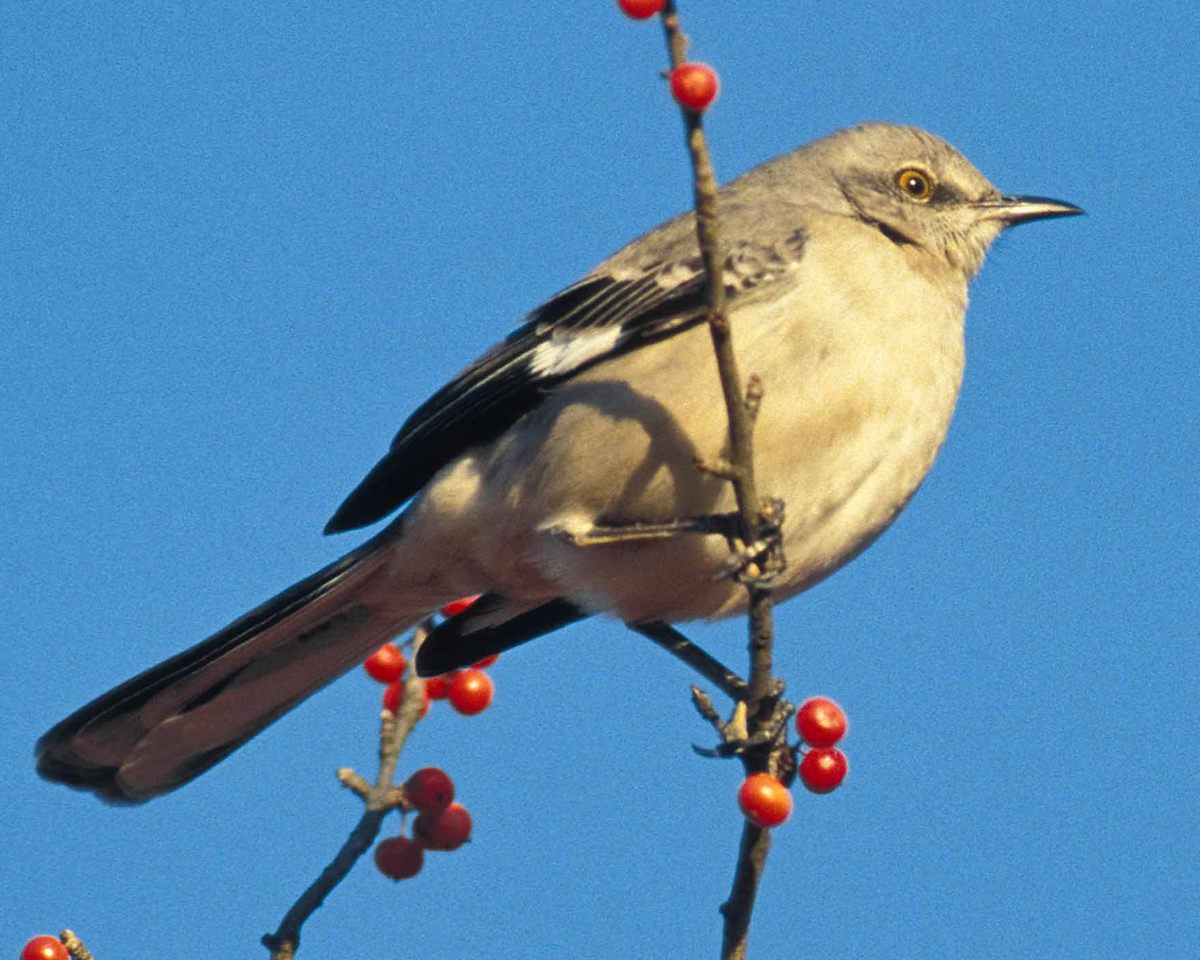 Mockingbirds prefer the Southern parts of the US and migrate into Mexico and Central America. It was once kept as a caged songbird, dwindling it’s populations, but has been growing in population since around 1900.

They are called Mockingbirds because they mimic the songs of birds, frogs, and other creatures near to them. They are know to mimic shrikes, blackbirds, orioles, killdeer, jays, hawks, and more. Throughout their lives, mockingbirds will learn and perform new sounds. Each song is a long series of phrases, with each phrase repeated 2-6 times before starting a new sound. Songs last for 20 seconds or more. 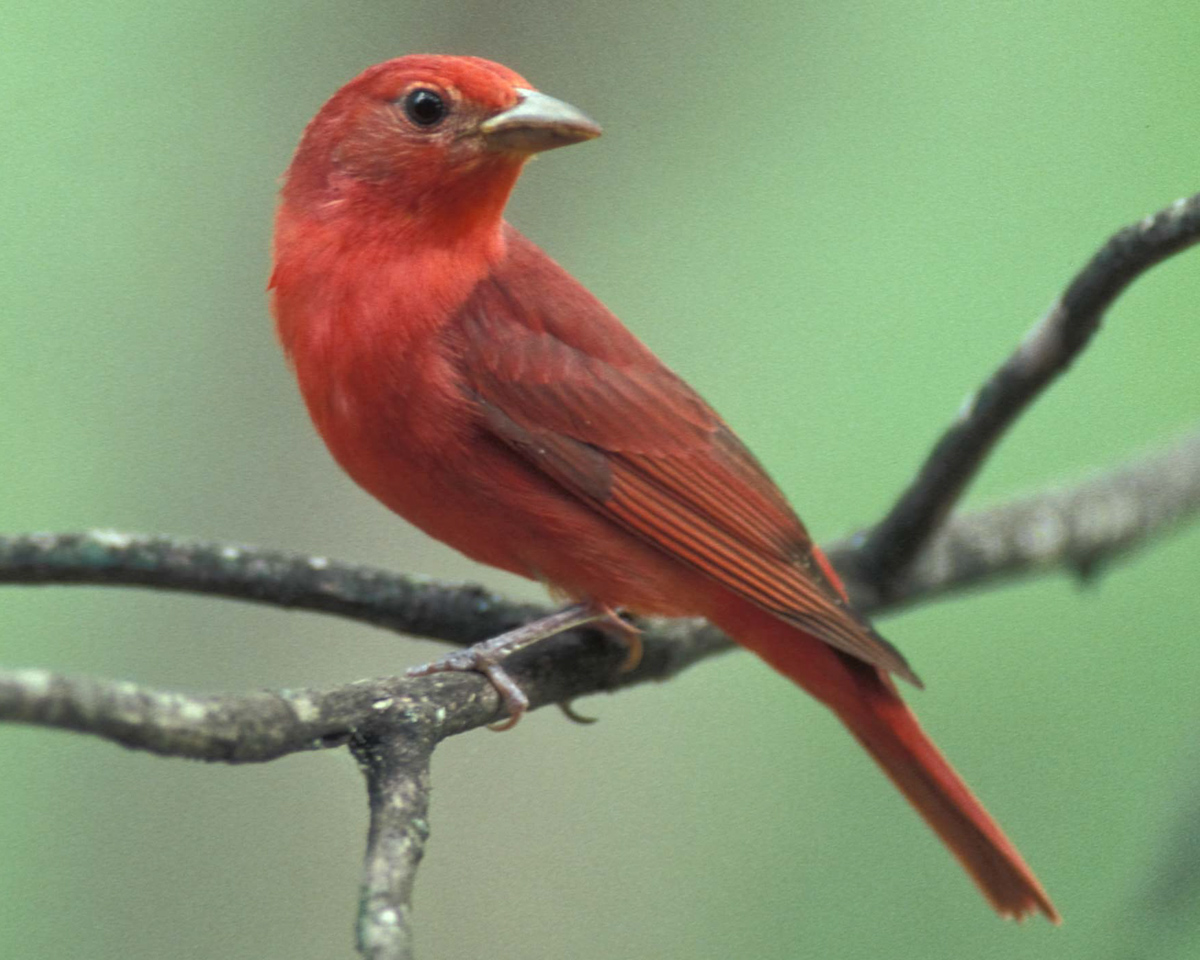 Tanagers are a bit more rare than other common American birds and are often described as a robin with a sore throat!

Adult male Summer Tanagers are entirely bright and gorgeous crimson red. Females and young males are bright yellow and green. They have more yellow on their heads and underparts and green on their backs and wings.

You can often find them in the Southwest, along streams among willows, cottonwoods, mesquite, or saltcedar trees. 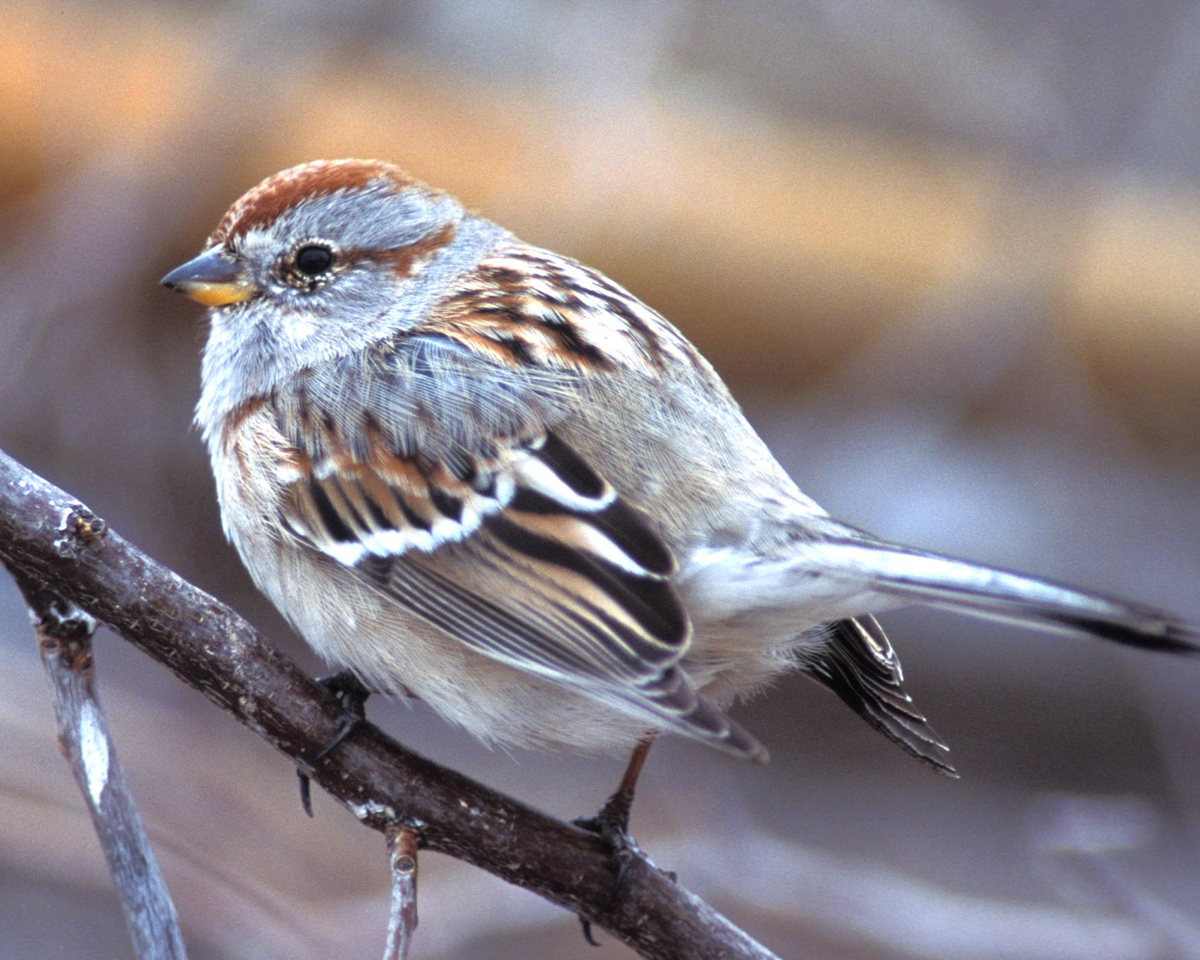 A tree sparrow is an adorable little bird that likes to fluff out the feathers. Since it already has a round body, when it fluffs its feathers it looks quite chubby!

Their color is gorgeous ranging from rust browns, oranges, and grays. They like cold weather and are most often seen in the far north and Canada. Especially in Canada in the summer time! 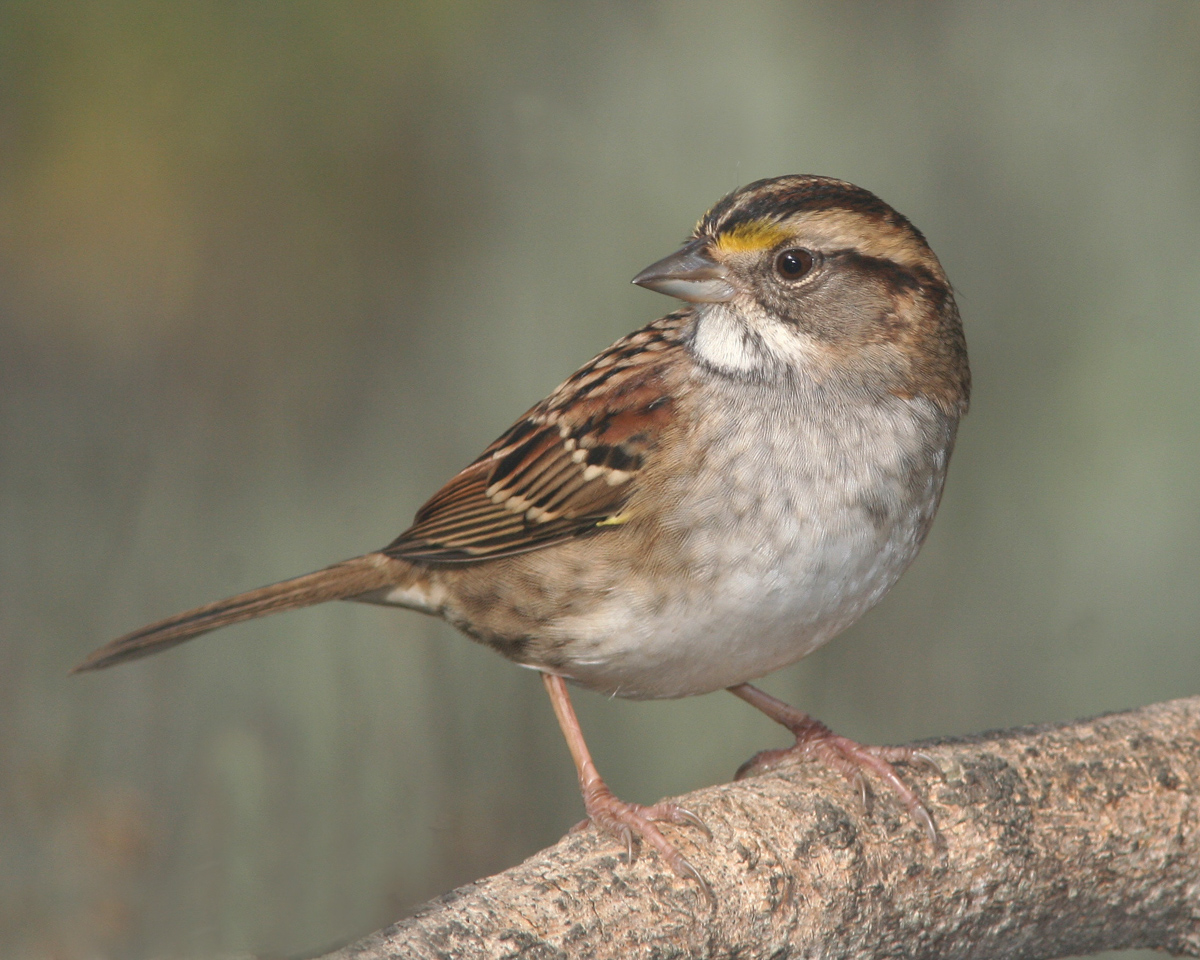 Finches are one of the most common types of songbirds in the USA and this photo likely shows a female or an immature male. Adult males have a rosy face and streaks of brown. But their diet can lead to distinct differences in their coloring.

All of eastern North America’s House Finches are descended from the same few birds released on Long Island! And they are big fans of Nyjer Thistle Seeds that can easily be kept in a backyard birdfeeder. 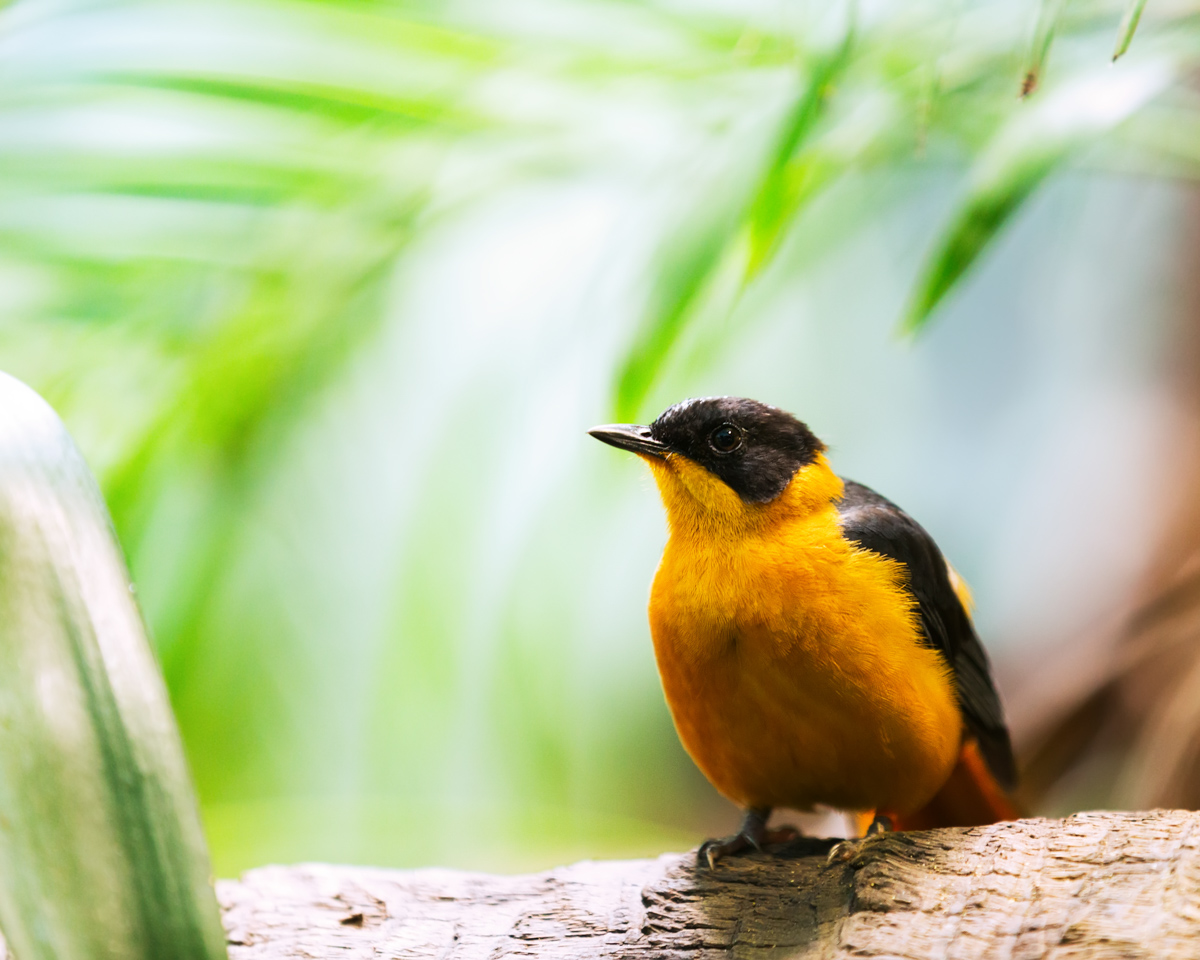 Orioles are loud songbirds that love oranges, jelly and suet. If you want to bring them some extra joy, put out a handful of string (6- to 10-inches long) for them to use during nest-building. You could try doing this a variety of colors.

Orioles are most commonly found in Eastern USA. 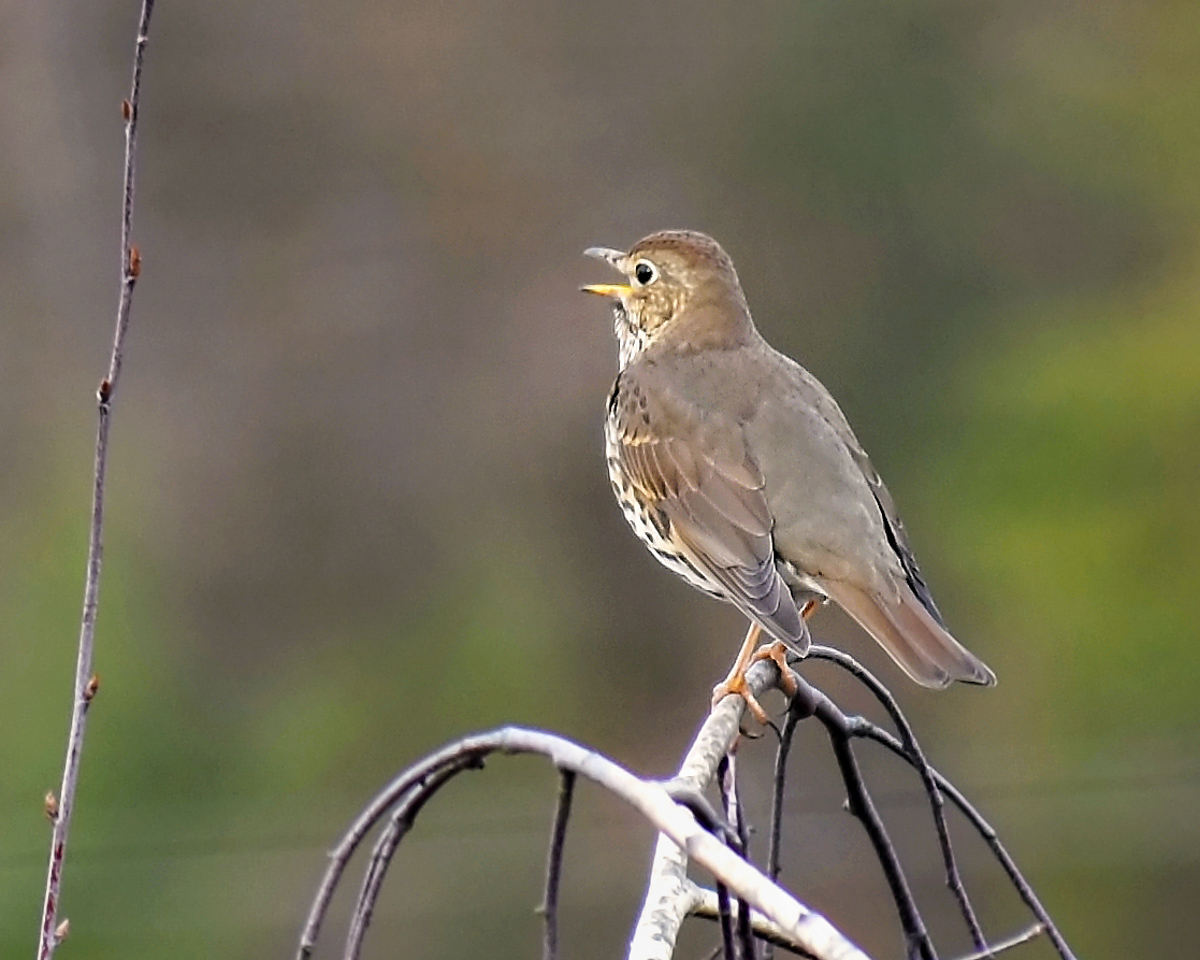 They eat a variety of insects and berries and can be found all throughout the USA. 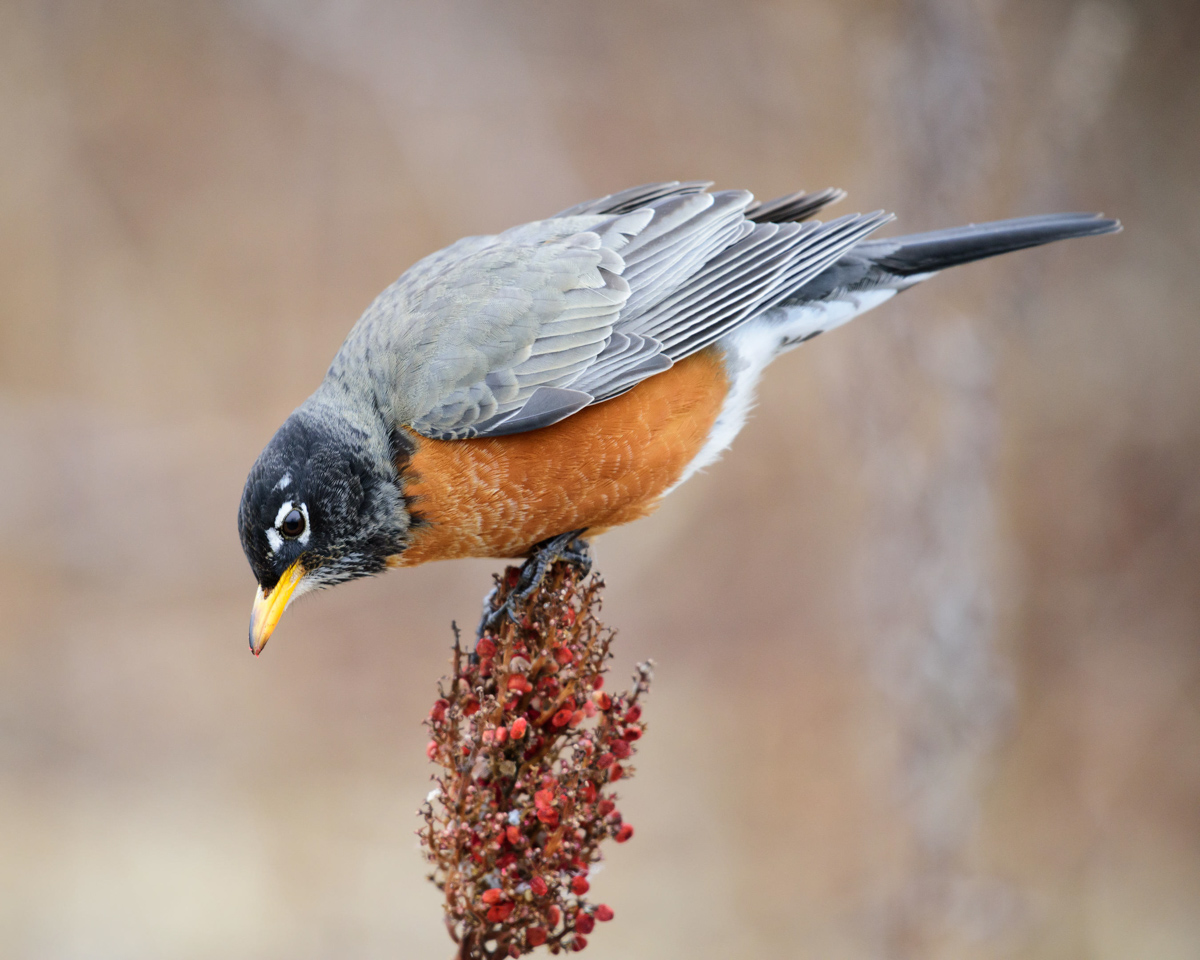 Robins are a common bird that can be found all around the world and often in your own backyard! The American Robin is one of the largest birds in the thrush family. It’s harder to tell the females from the males but often the females have paler heads.

They are flexible in their migration patterns and tend to stay near their food sources all throughout the USA and Canada.

Do you have a favorite bird from this list? Have you spotted any yourself? Tell us in the comments and happy birdwatching!