It was unacceptable what happened to me and it would be unfair if I didn’t do my best to protect others from this unethical business. Because of my experience, I have left this platform and will not use it again.

Darby is a Silicon Valley tech start up that promotes video content – make up, tutorials, DIY. It’s like youtube but hyper focused. They have a thing called paid gigs in which you can apply to create video content for brands.

Now like I mentioned, this is an industry that all platforms adhere to – except for Darby. Since I am so used to creating sponsored content, it never crossed my mind that these standards would be ignored.

I particular, Darby does not send agreements or contracts. There is nothing to sign.

I applied for several campaigns and was confirmed for 2. The first was Barkbox. It was an absolute disorganized mess but not nearly as terrible as my second campaign for Monrovia. 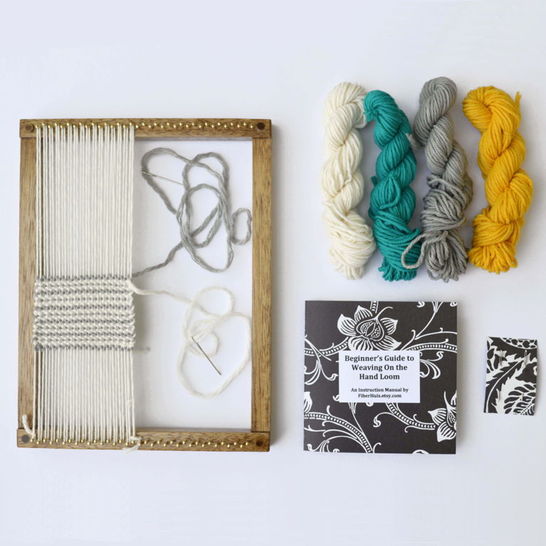 The Barkbox campaign was ‘country’ themed. Easy for me because I live in Houston TX. Everyone is a bit country here. The campaign seemed fairly clear. Less than 1 minute video. Country themed. 1 edit 3-4 days after the initial edits. You can read what I was provided below. 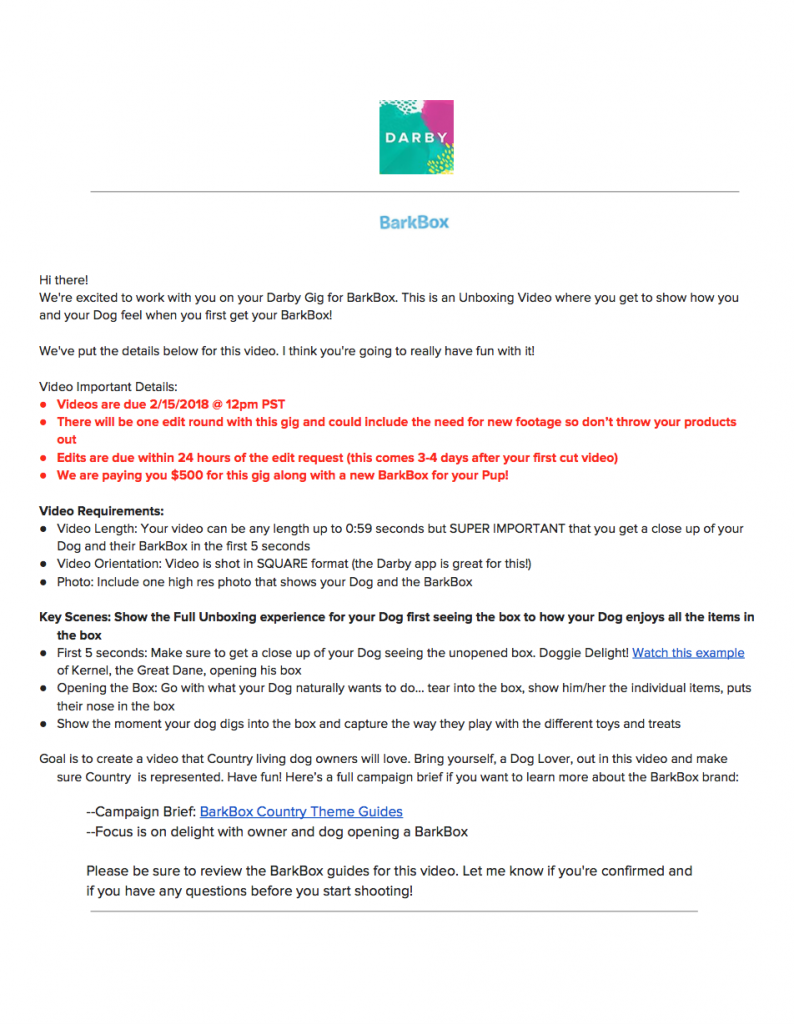 None of those campaign requirements were adhered to by Darby.

Since videos require short sentences and I only received paragraph long key messaging, I had to paraphrase. This went around in circles approximately 4-5 times. Can you write “100% Happiness Guaranteed” instead of “Happiness Guaranteed”? Things like that. Mind you, none of the exact phrasing was ever given to me so I redo, and redo, and redo again all of the title cards. This was a remarkably disrespectful waste of time and fonts, colors, and exact key messaging should have been provided in the initial scope of work.

3 weeks after my video was submitted Darby came back and said my video wasn’t country enough. They actually made lots of weird claims that didn’t make any sense. They sent me the edits on a Friday afternoon, without any prior notice. and said the edits were due by Sunday morning.  I was not expecting any more edits because I had not been prepped for them. I had not agreed to them. The original scope of work only described one round of edits.

I had already received 6+ rounds of edits. And I did not even a business day to finish. I was supposed to make all these edits on a Saturday with no advance notice. I had to cancel my Saturday plans with my family on short notice.

They said there was a banjo in my music. There was no banjo. It was an acoustic guitar.

They asked if the dogs could wear American Flag bandanas instead of regular bandanas.

They asked if I could light a bonfire – which is illegal.

My video was 48 seconds but there was a revision and the new requirement was exactly 45 seconds.

None of these things were in the realm of possibility. After 3 weeks my hair was different, my nails were different, and the grass outside looked different. What was brown from winter had already become electric green. There would be no way to match the content. What they were really asking for was for me to submit an entirely new video.

Additionally, it rained all day the Friday I received the edits, sprinked Saturday several times, and rained all day the Sunday that the video was due. So naturally, Saturday was a mud pile outside and not suitable for filming. There was no possibility of creating new content outdoors the next day while adhering to their deadline.

Regarding all these problems, I had to fight to be heard. I had to tell them over and over about the rain. Their emails during this process were unprofessional and combative.

I replaced the acoustic guitar as they requested with music that was more pop country. The second song I added was also rejected. They did not give me a reason the music was being rejected. I had to forcefully instruct them that they needed to provide the song if they were going to reject my music that I was providing.

After a lot of fighting, my work was accepted and I was paid.

But then it got worse – the Monrovia campaign.

This an absolute disaster from beginning to end.

First, I was asked what plants I wanted. After submitted them, they said that they campaign had a theme – Spruce Up Your Mailbox. So I went back and resubmitted my plants based on the new theme provided. I received emails like “your late” on submitting my plant requests even though I had not been provided the theme and information.

I submitted my requests for small crawling succulents and bright and pretty ground cover. Here is the first video that was rejected.