Given we’re all spending more time inside these days, having a room full of house plants has even greater appeal. Eager to fill your space with even more green? No problem—grow new plants yourself! 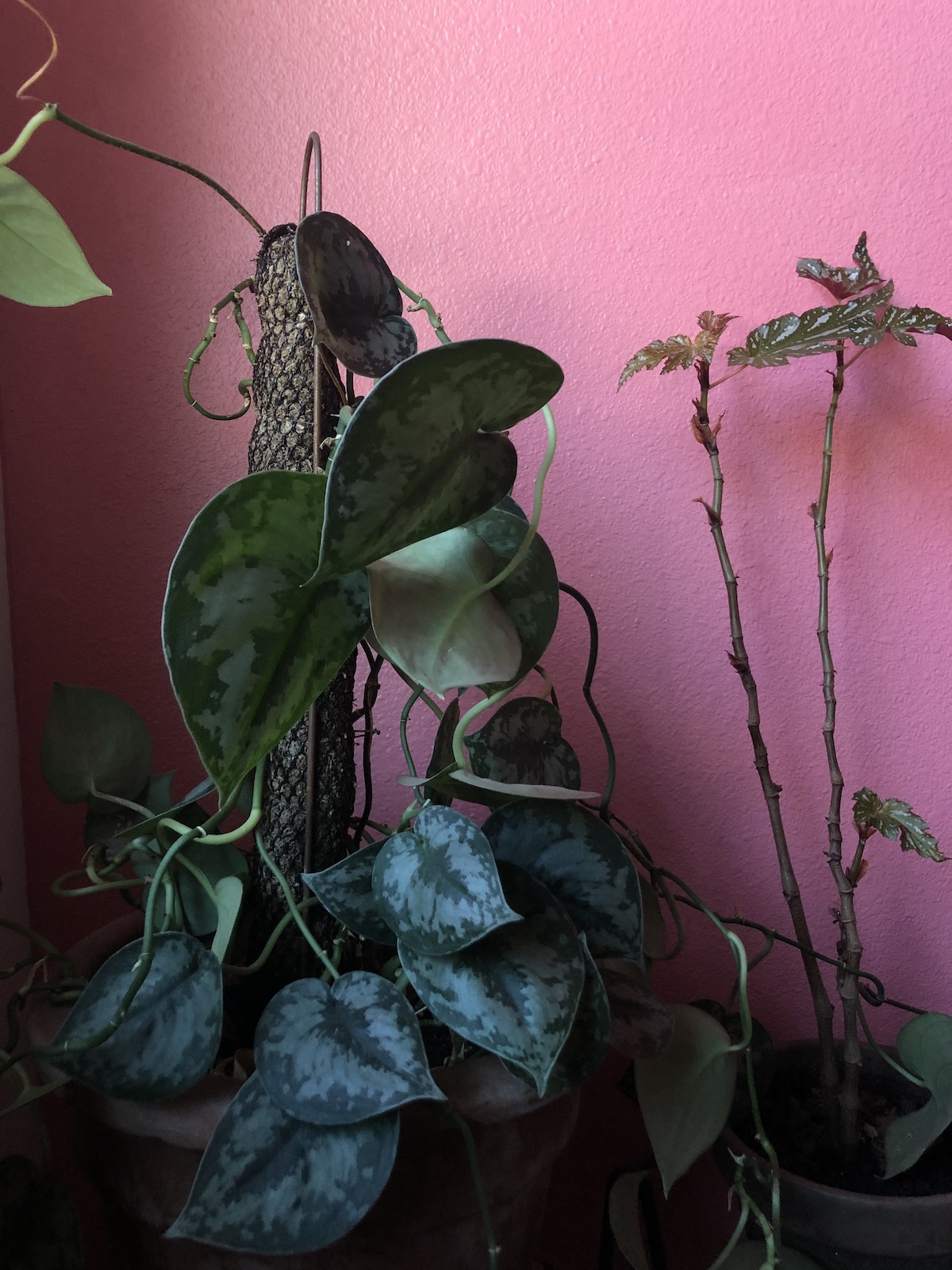 My ‘Silver’ Pothos (Scindapsus pictus) was getting a little overgrown, with long gaps in its vines between leaves, so I decided to give it a little trim. And with trimmings comes the opportunity to grow more plants!

It’s worth noting that while pothos look beautiful spilling over a pot or hanging down, in their native habitat, they actually prefer to creep up something—like tree trunks. Plants that behave this way are called epiphytes, and include other popular house plants like orchids and monsteras! When grown as a trailing plant, pothos have a tendency to loose leaves more frequently and get leggy; hence the need for haircut. 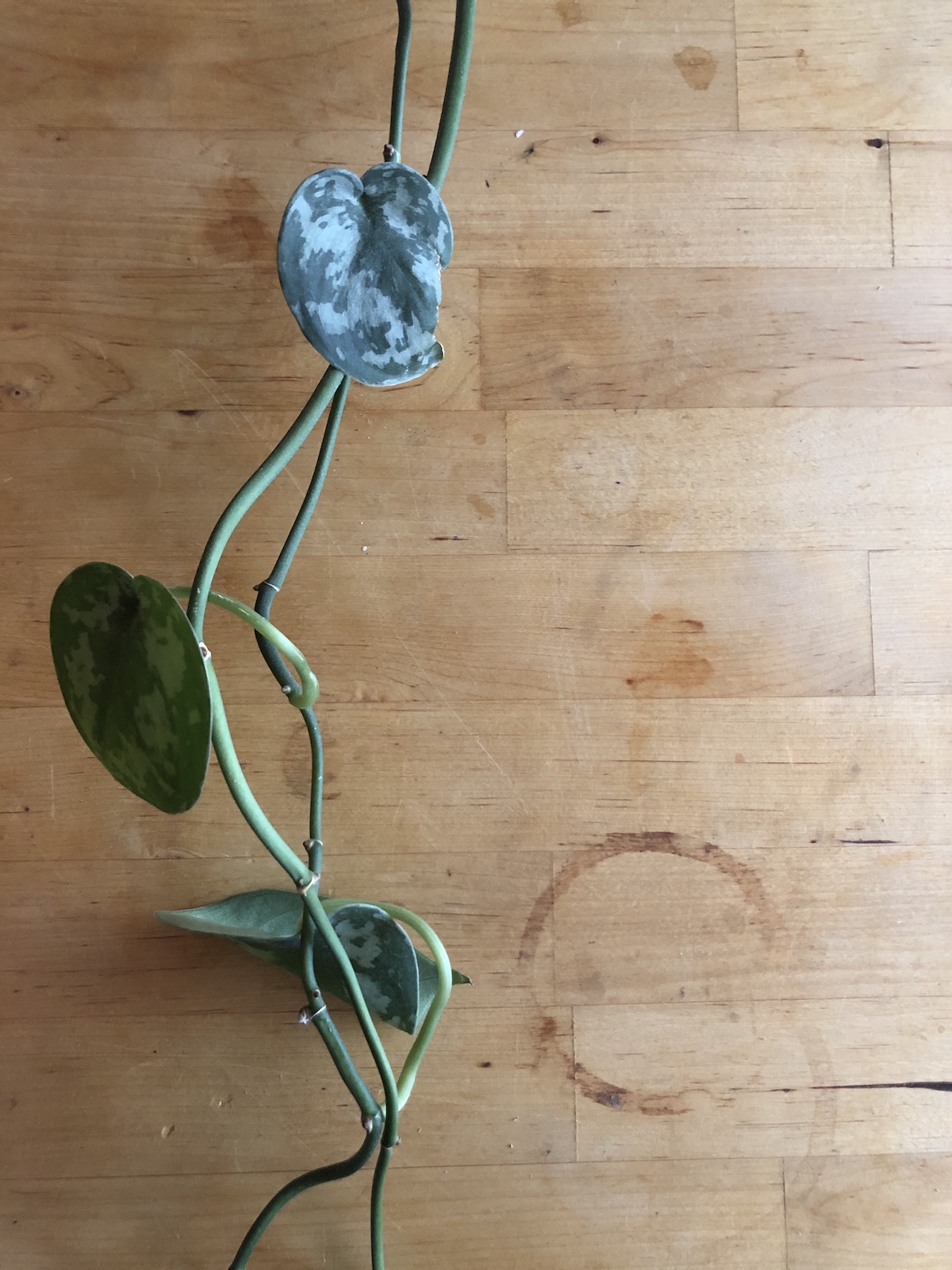 First thing’s first: cut off that overgrown vine. As you can see, mine had a lot of awkward space between the leaves, which made it look scraggly and unattractive.

Next, prune off smaller leaf cuttings—I ended up with about fifteen total with one to three leaves each. You can use small hand pruners or even sharp scissors—they’re very forgiving plants. 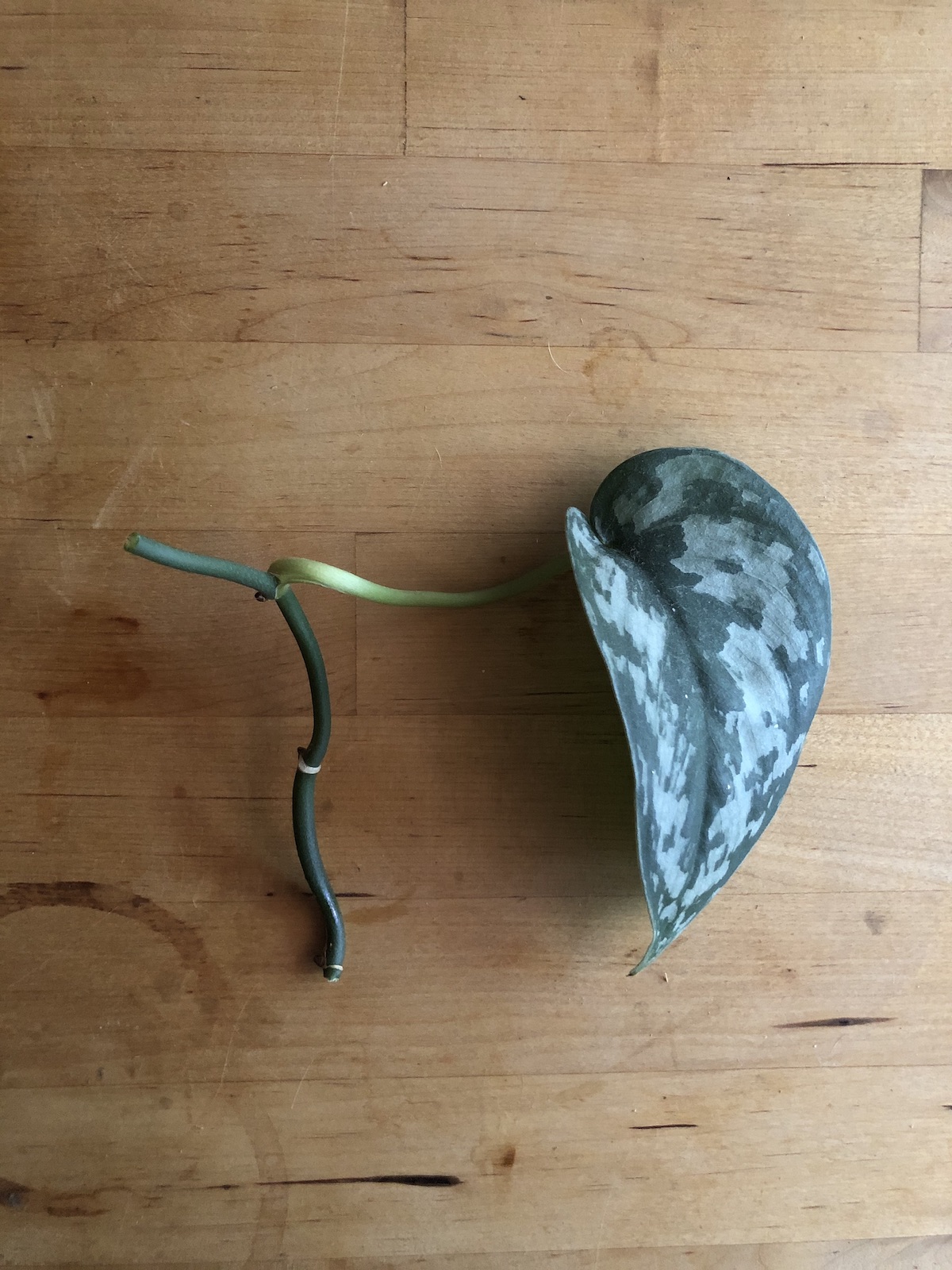 For the leaf cuttings, I try to leave one or two nodes below the leaves, which are visible in the photos above. If you’ve tried to propagate pothos in water before and haven’t had much luck, it’s likely because you didn’t leave a node along the cutting. The node—which appears as sort of a little brown nub along the vine, at the meeting of each segment—is where aerial roots (roots that grow in the air) emerge naturally, and where thin root hairs will grow from in water. It’s important to have a node on each cutting!

Leaving two nodes is a bit of a failsafe, and the extra helps when you repot, as there are more roots to take up nutrients from the soil. I also leave about an inch of vine space at the top to be safe. You don’t want to cut too close to the leaf. 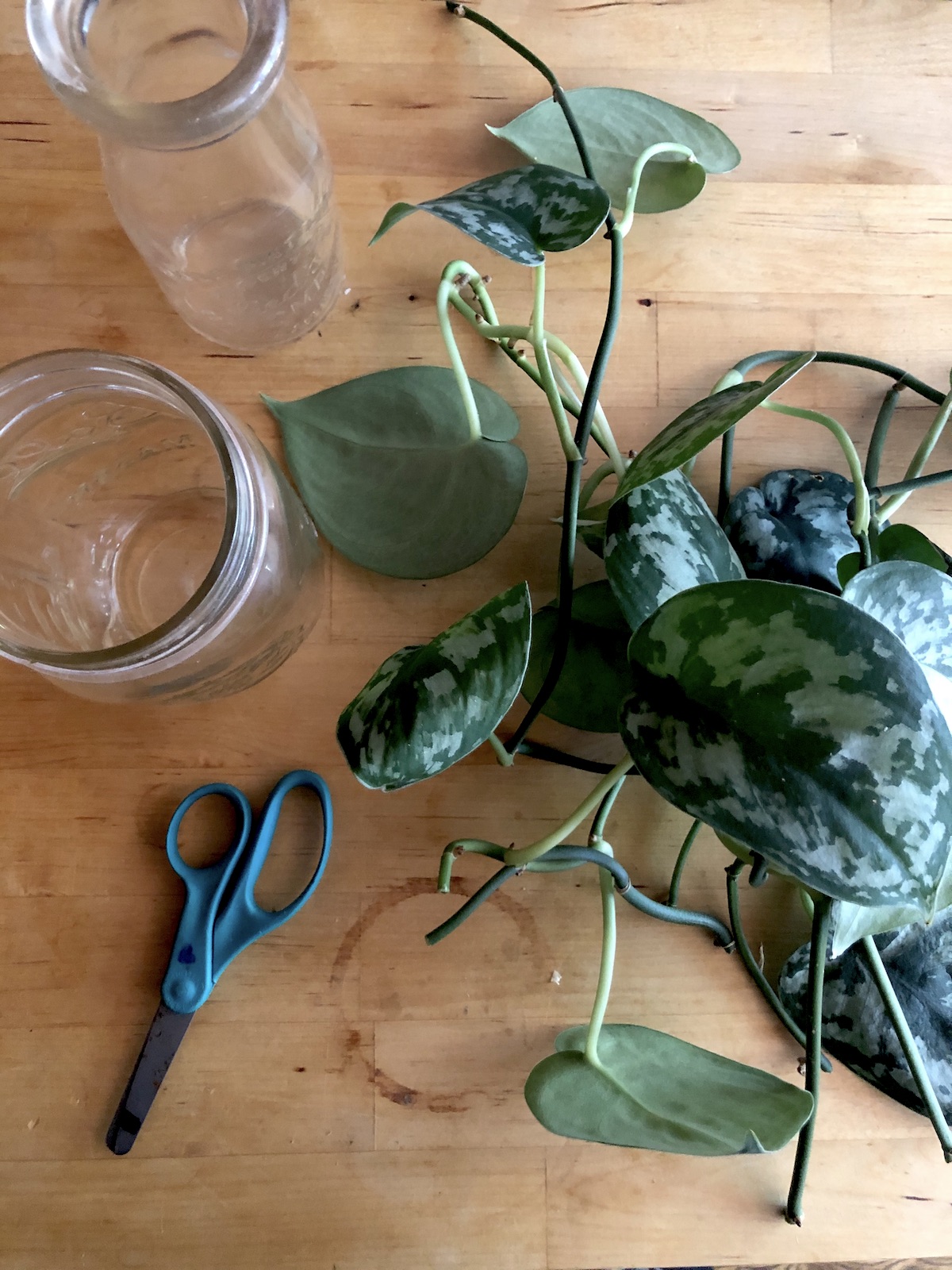 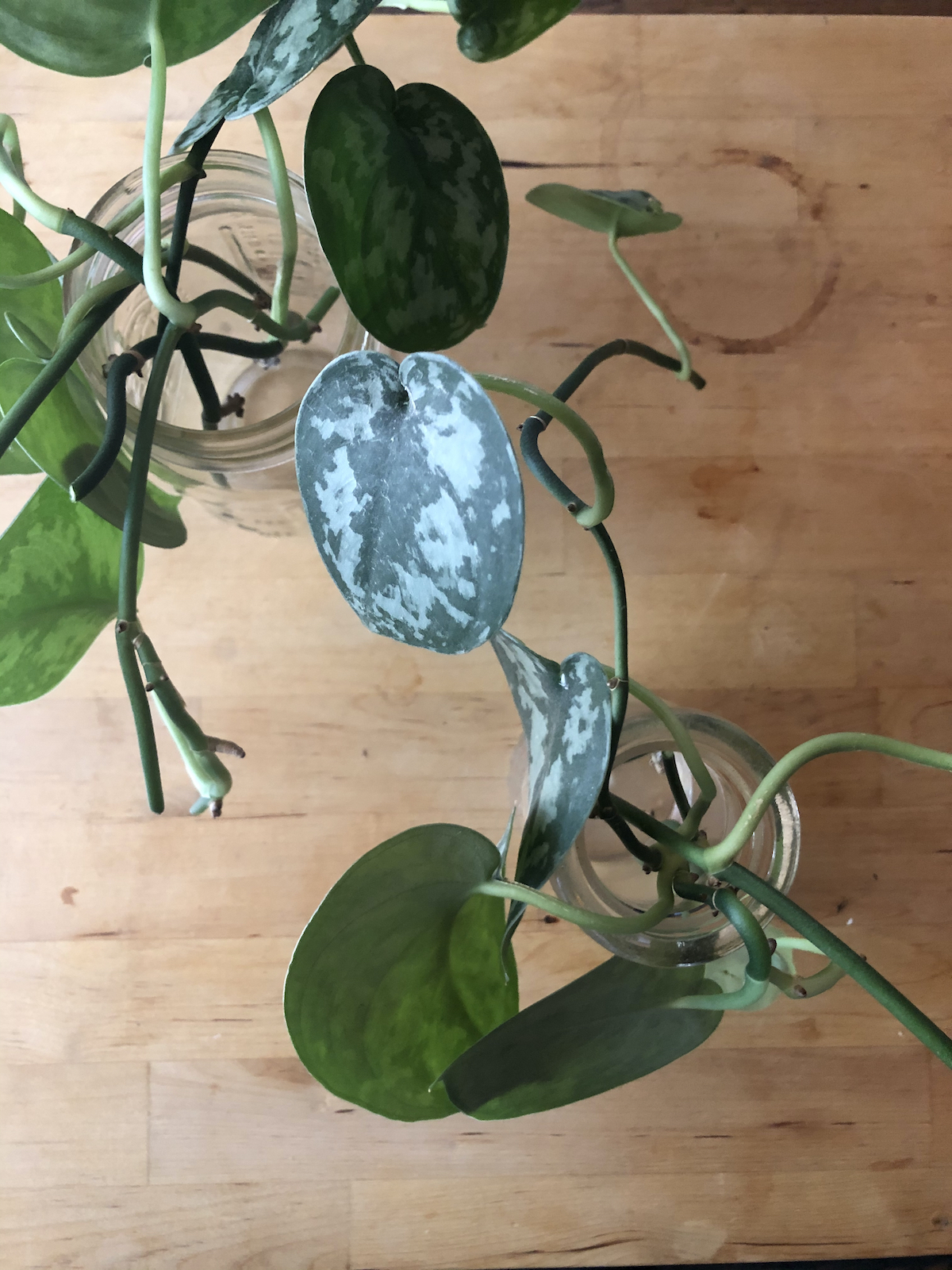 Then simply gather your cuttings and a few clean clear glass jars. Clear glass offers better light penetration. I like to use jars with a smaller lip at the top, like vintage or craft milk bottles, mostly because the shape seems to help the cuttings stay put. A wide mouth jar is fine, but don’t use anything too thin because you may not be able to remove the cutting later without damaging it. 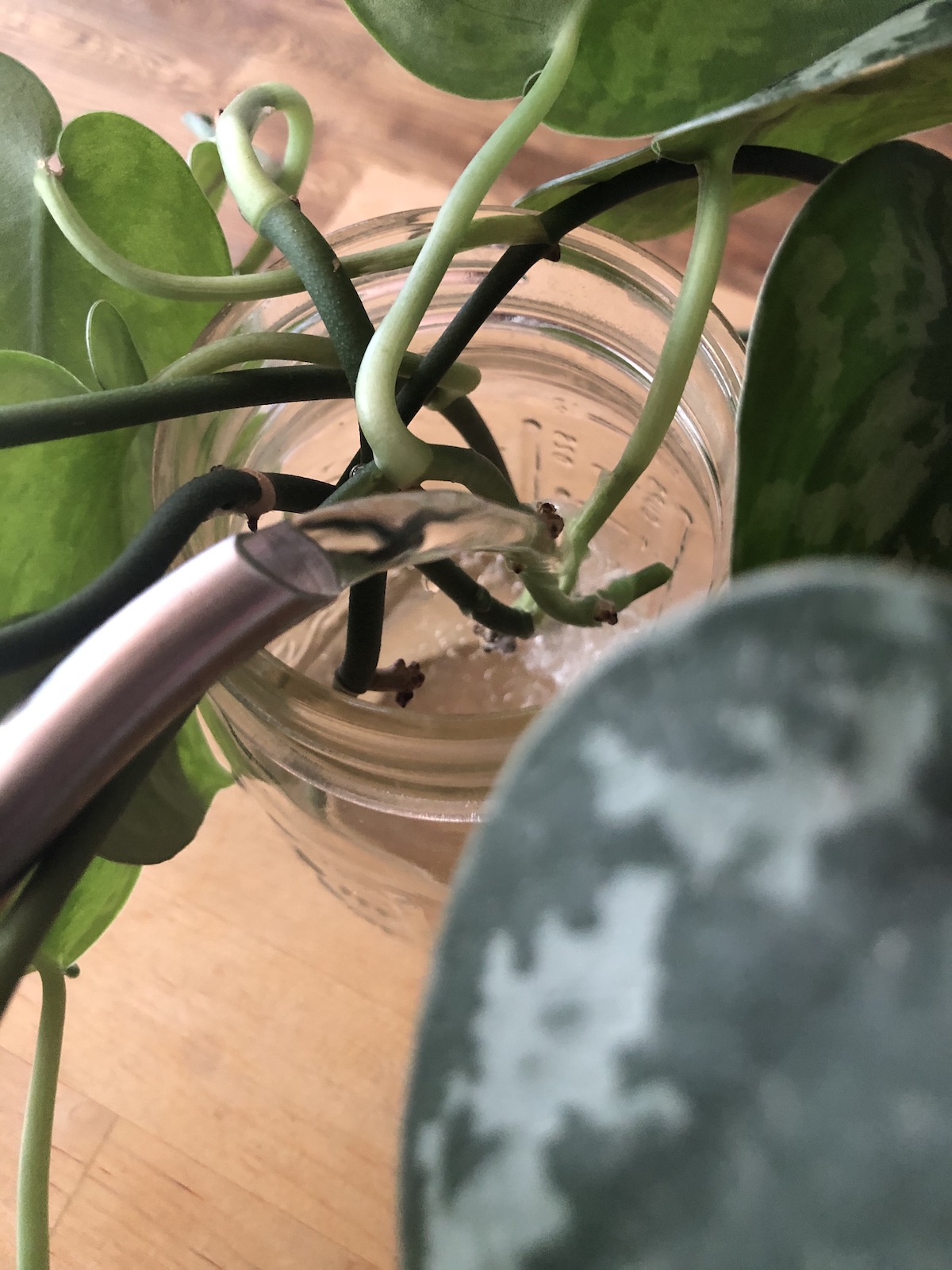 Fill the jars with water. Pretty simple! I like to take the time to boil water first, let it cool, then use it. Why? Well, put simply, boiling water effectively purifies it. Tap water is statistically incredibly safe—and more sustainable than bottled water—but with new baby plants, those extra steps can help ensure they take. 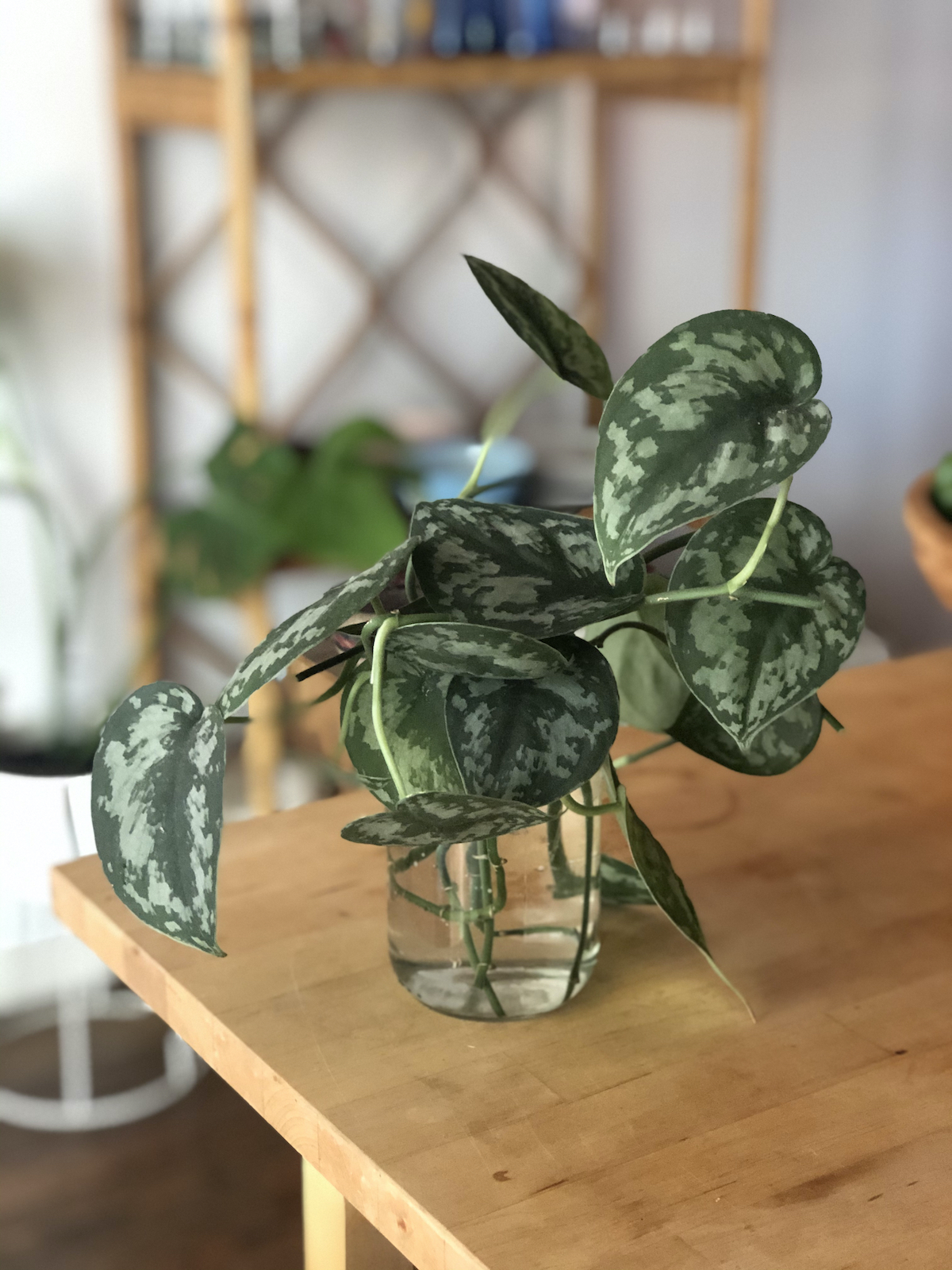 Place the cutting in a well-lit area with either east- or north-facing light, as both ensure plants gets bright-to-indirect light for the majority of the day. You want to avoid shocking the plant with the harsher and hotter afternoon light of west- or south-facing locations. Mine are on a window ledge with indirect east-facing light, right near the mother plant. 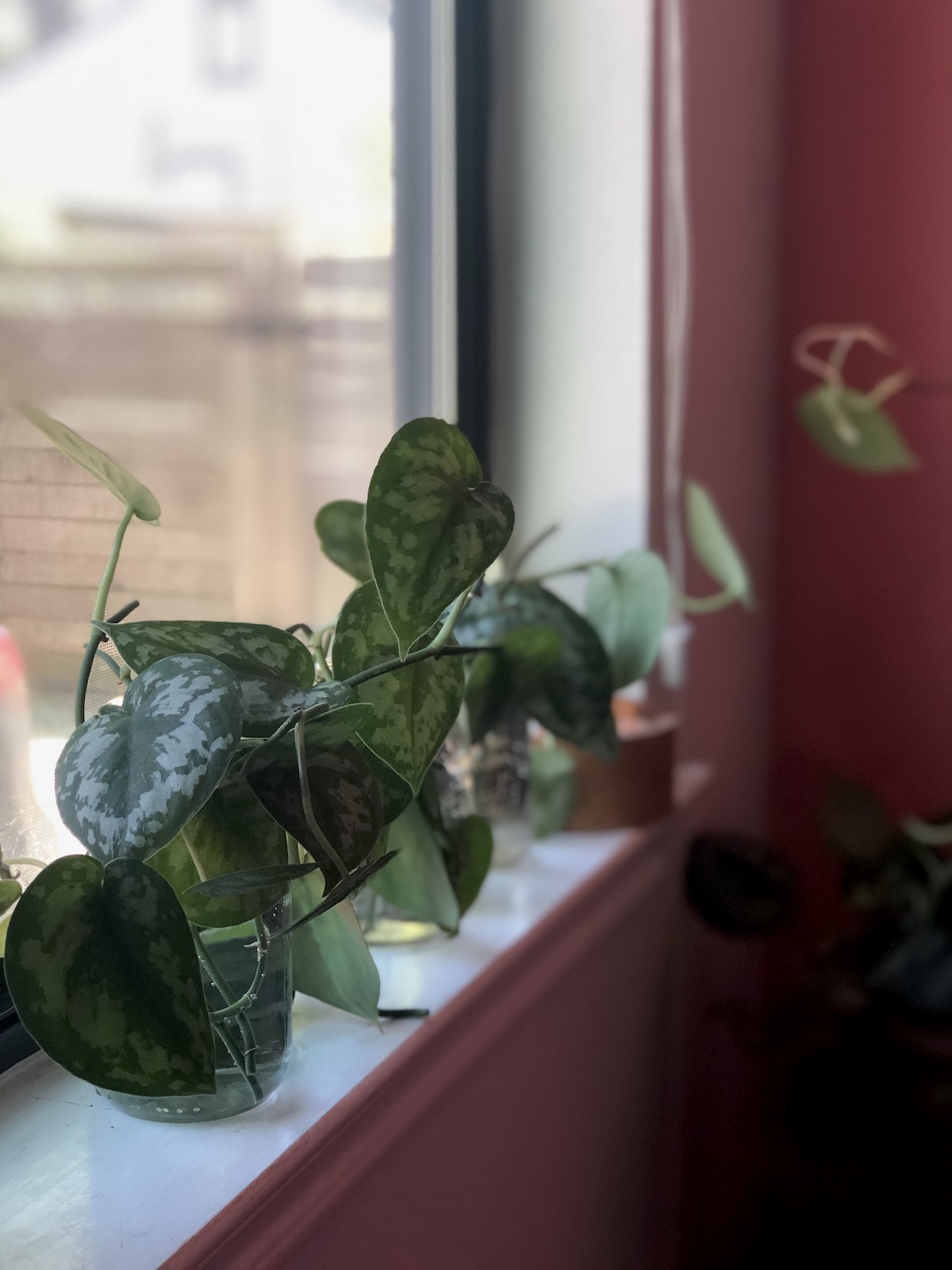 Keep the water topped up, and after a couple of weeks, you should have roots growing. Like magic: a new plant to enjoy! 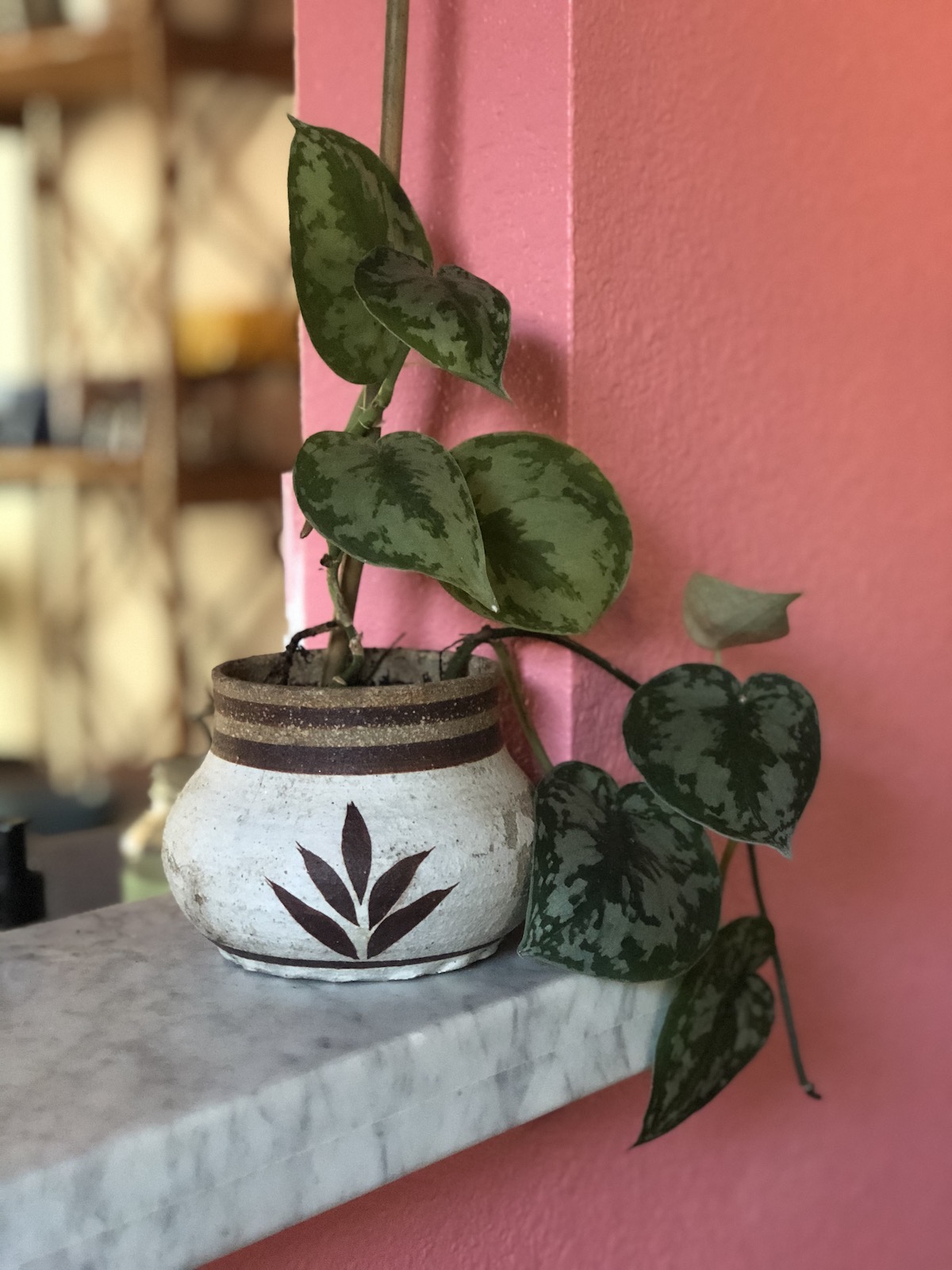 Plant it in a small pot at first—those roots don’t need much room—and only water when the soil feels slightly dry. It doesn’t like it’s soil too wet. I give mine a moss pole or a bamboo stick to grow up to encourage larger leaves.

Have fun with your new plants!

Chelsea is a student, native horticulture landscaper, and dog mom. She enjoys living a low waste lifestyle, thrift stores, and styling her home.