S’mores are so perfectly summer. For some reason, even on the hottest of days, a perfectly toasted marshmallow and melty chocolate sandwiched between graham crackers is absolutely delicious perfection. I can appreciate anything s’mores themed, so when I realized I had everything I needed to create some s’mores cupcakes, I got to work!

Read on for tips and tricks for making the perfect s’mores cupcakes, or scroll to the bottom to grab the recipe! 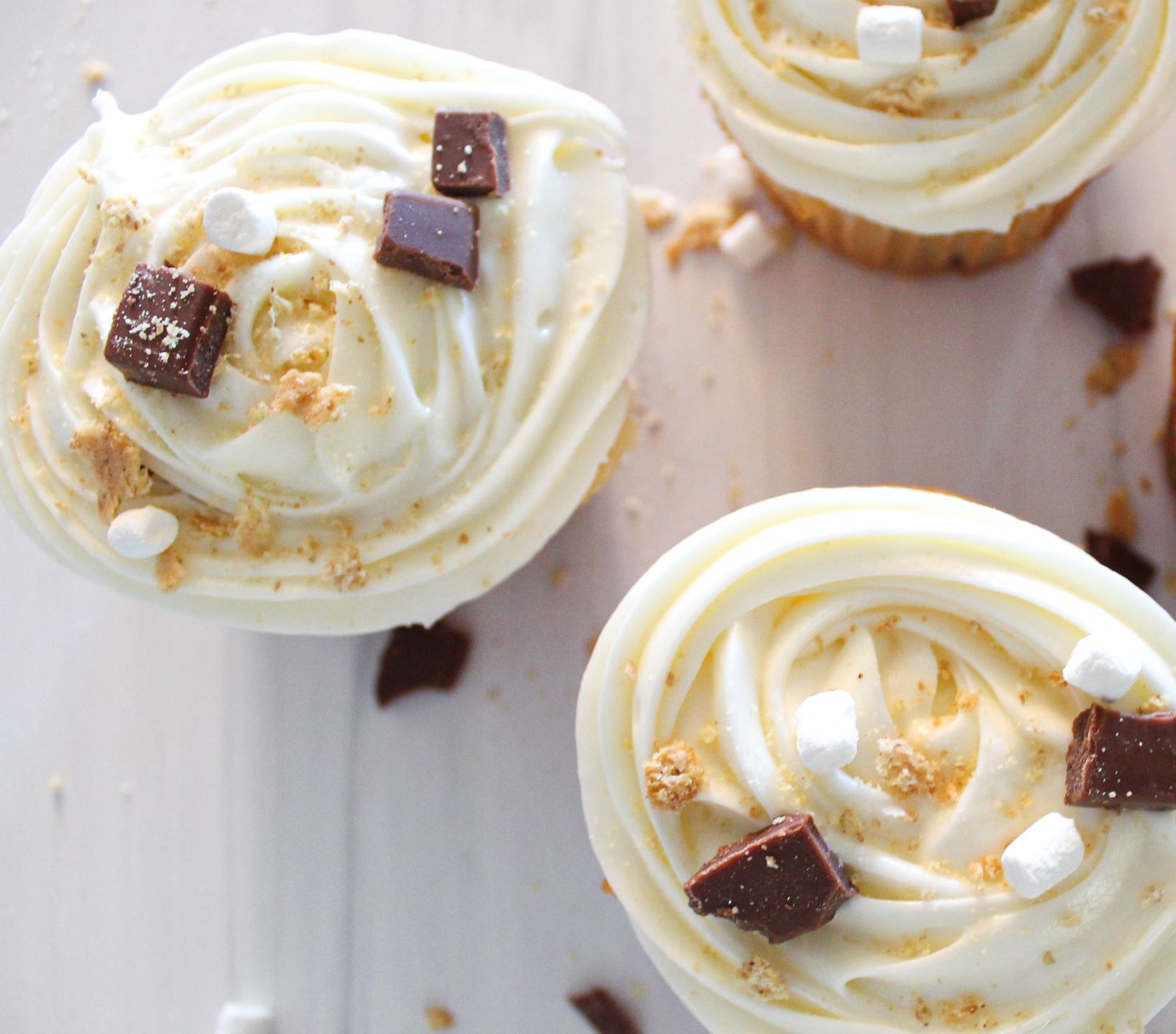 Did you know that s’mores have been around since the 1920s?? The first recipe for s’mores was called ‘Some Mores’ and it was in a Girl Scout handbook in 1927. Makes sense – campfires are an integral part of scouts, and treats around the fire are a necessity! You can read more s’mores facts here! 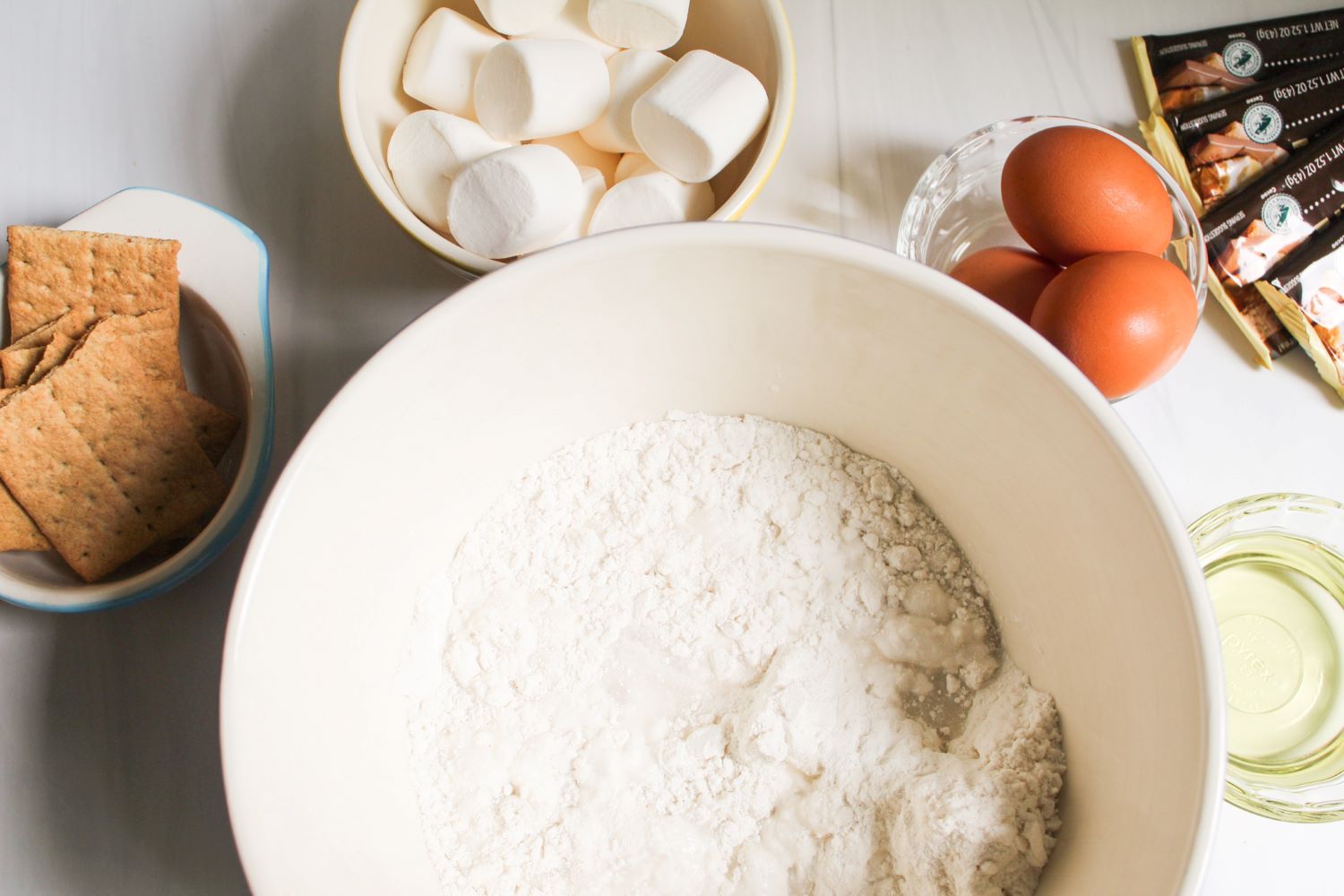 You’ll need a simple boxed vanilla cake mix; any brand will work. Regardless of the ingredients listed on the back, you’re going to use 1 cup of water, 3 eggs and a ½ cup of oil instead.

For the s’mores flavor, you’ll need 3 chocolate bars – I used the Aldi brand ones – as well as a ½ cup of broken graham cracker pieces. For the marshmallows, grab 1 cup of mini marshmallows. If you don’t have mini marshmallows on hand, you can quarter jumbo marshmallows and use one cup of quartered jumbos.

Preheat your oven to 350 degrees.

In a large mixing bowl, mix together the vanilla cake mix, as well as 1 cup of water, ½ cup of oil, and 3 eggs. Stir until combined and mostly smooth. 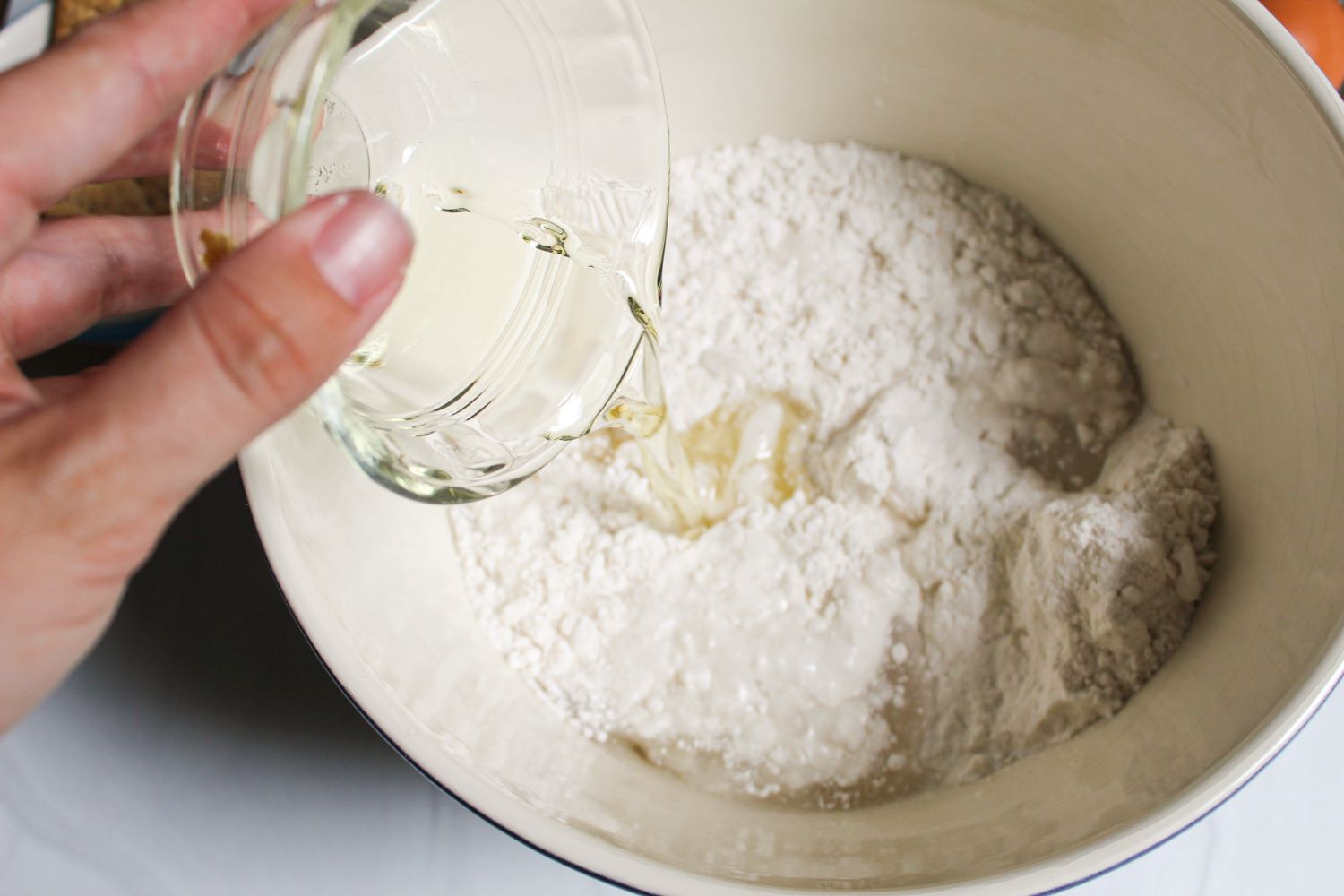 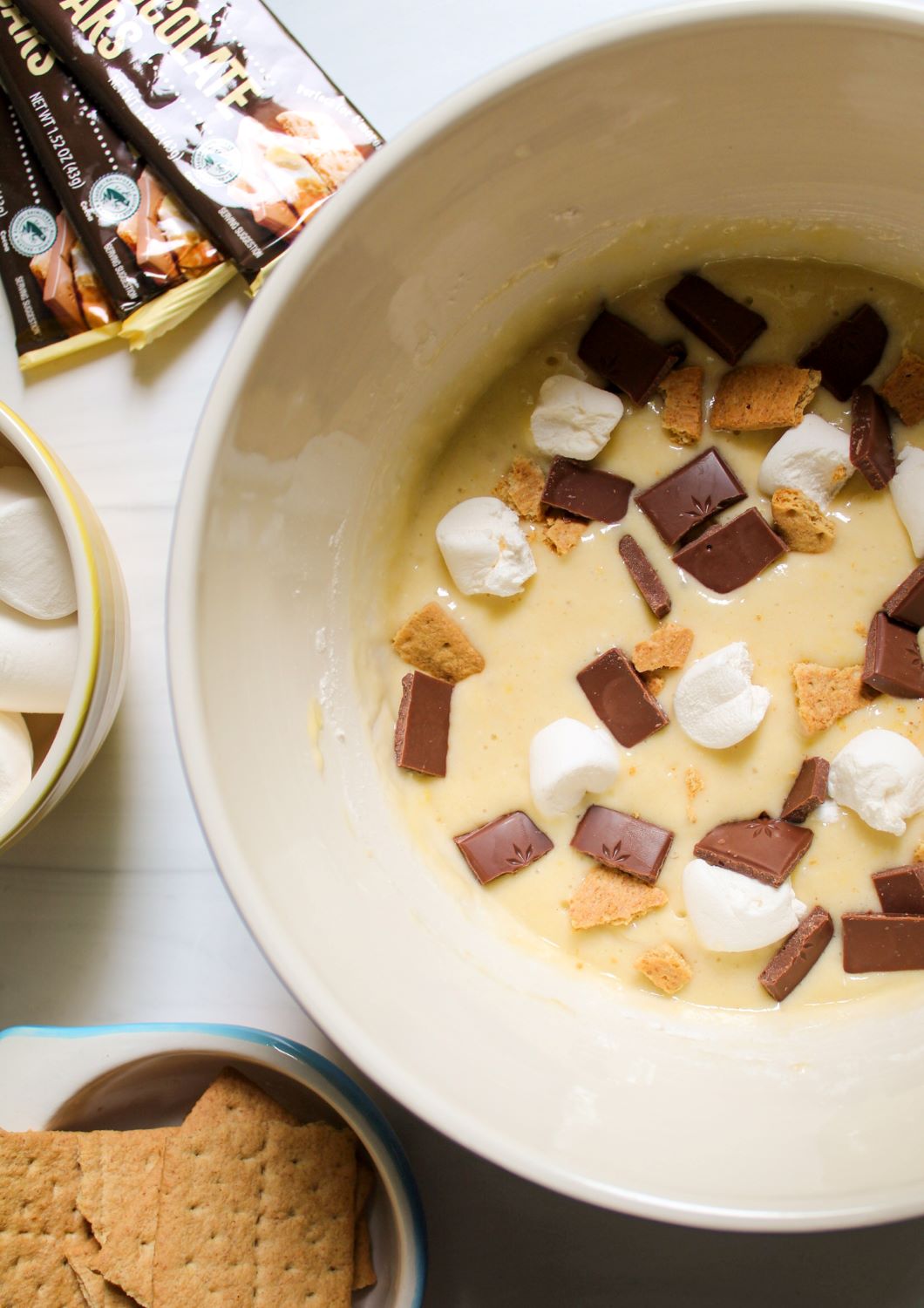 Spray two 12-cup muffin tins or add 24 paper or silicone muffin cup papers. Fill each cavity about 2/3 full. Top each with one more piece of broken chocolate from the 3rd chocolate bar. 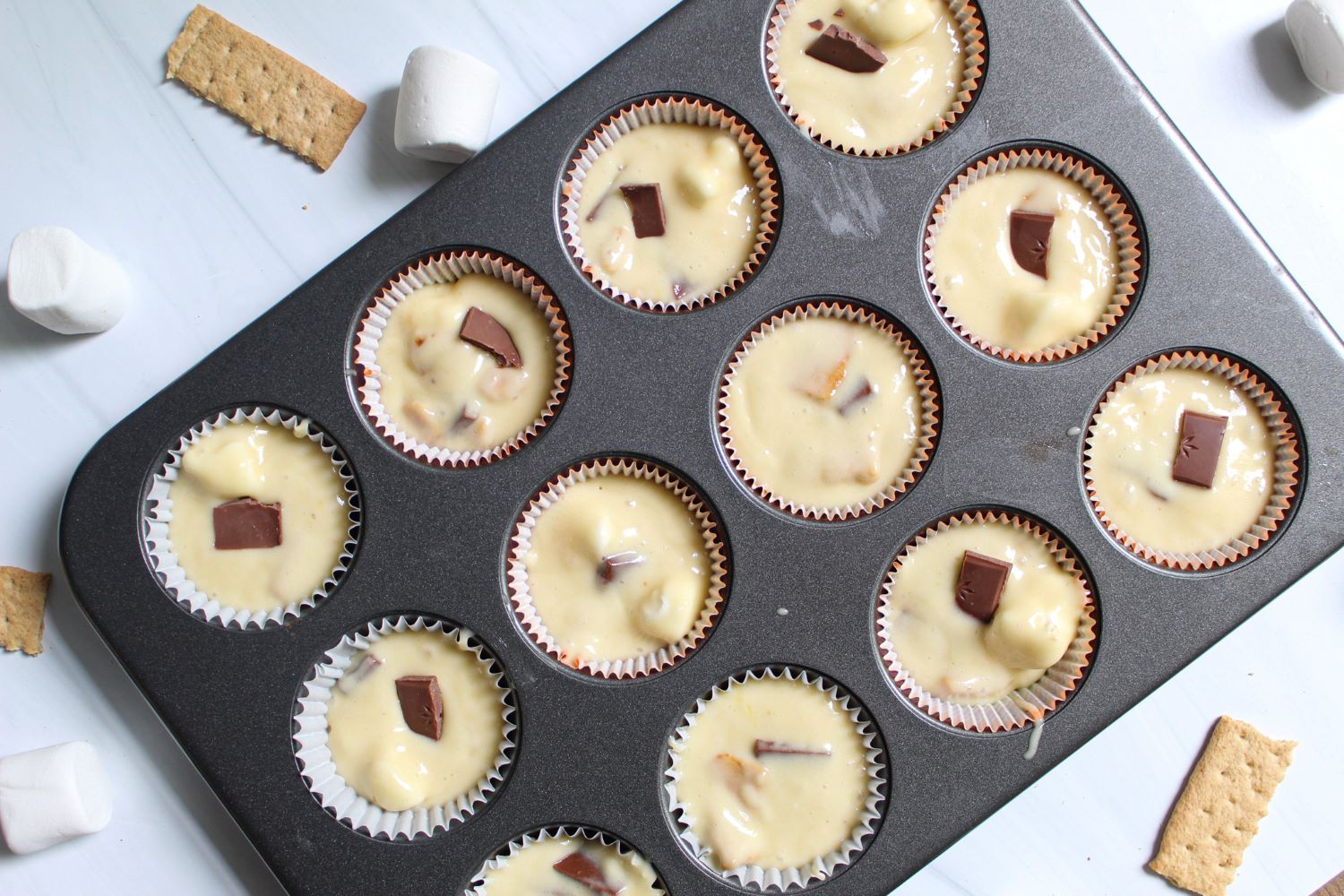 Bake the cupcakes at 350 for 12-15 minutes, or until tops gently spring back when touched. 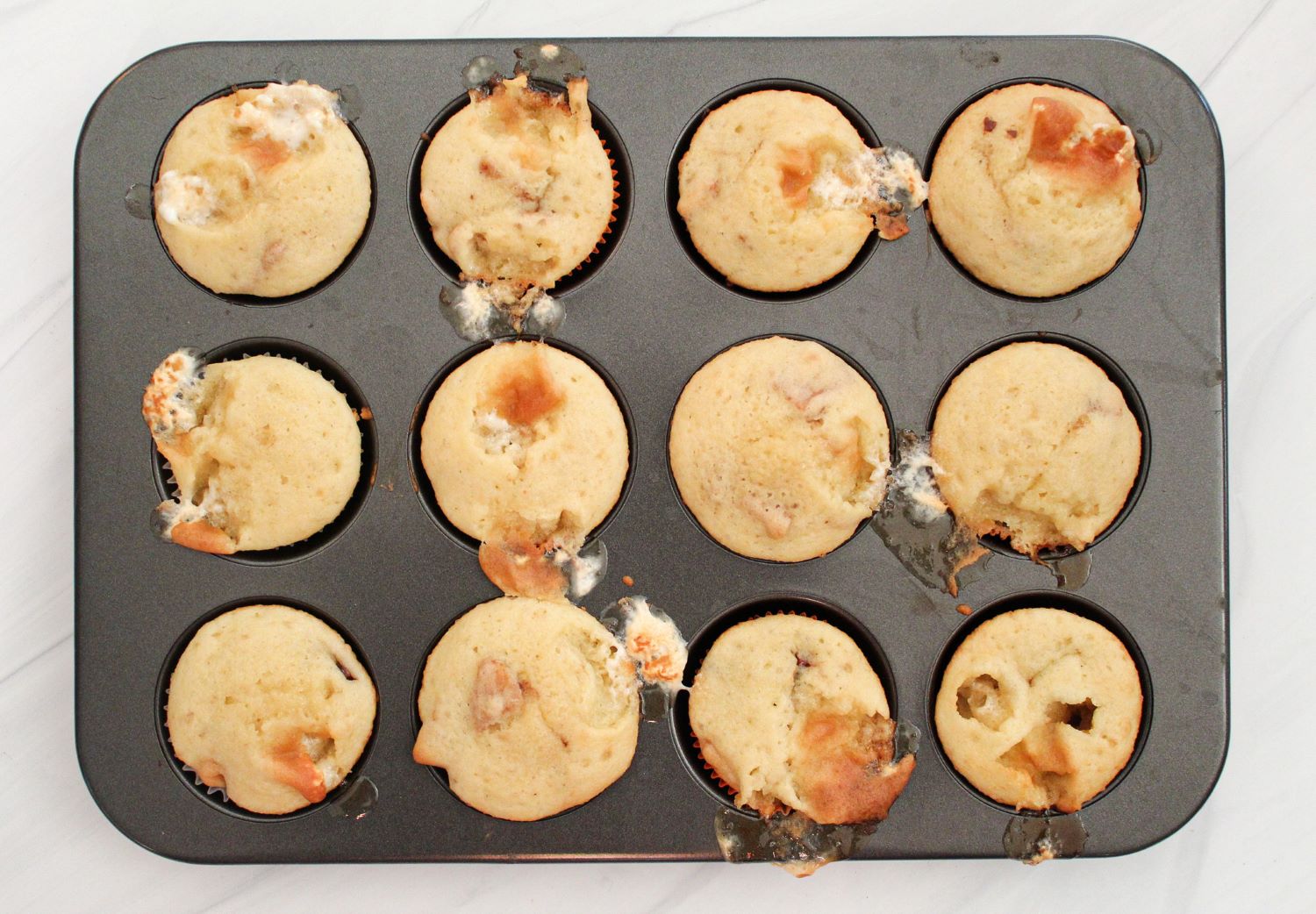 If desired, ice cupcakes with this marshmallow frosting. You could also use plain chocolate or vanilla frosting if you prefer.

Note: When the cupcakes come out of the oven, they may look a little bit like they exploded. This is just because the marshmallows puffed up when they were cooked and then deflated, leaving a bit of air space. It’s fine – and those spots will be covered up when you frost them! 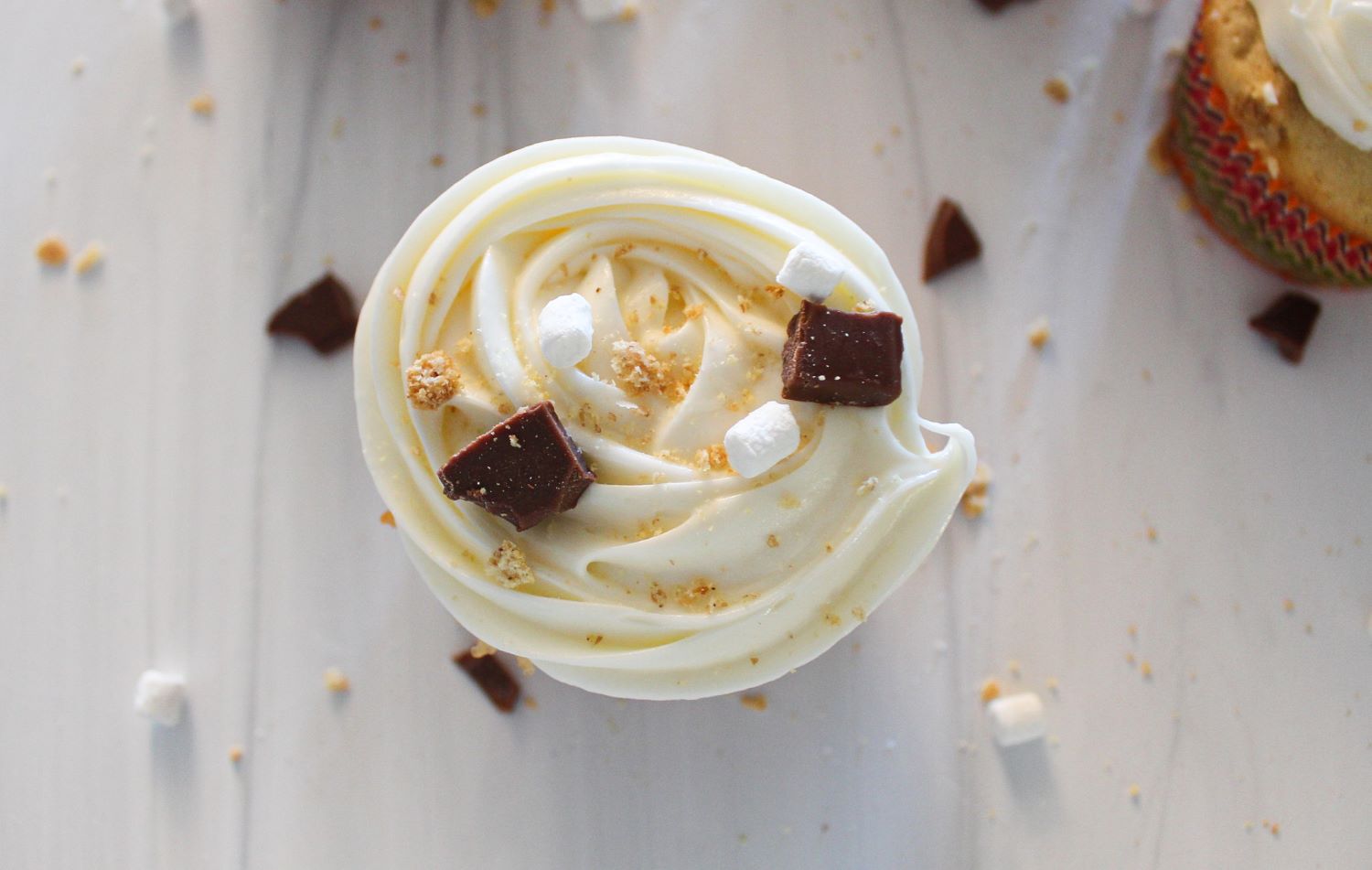 Can I Freeze S’mores Cupcakes?

Absolutely! Bake them as directed above and let them cool completely. Store them in airtight containers – I like to use freezer-safe Pyrex and then put the Pyrex into gallon ziploc bags for double sealing. These s’mores cupcakes can be stored in the freezer for up to 3 months.

When you’re ready to eat them, remove them from the freezer and let thaw on the counter. The tops may be slightly stickier after freezing, but once again, cover with marshmallow frosting and you’re good to go!

Take Them Over the Top!

If you have a culinary torch, or a creme brulee torch, you can give these cupcakes over-the-top s’mores flavor! After you ice the cupcakes, top with mini marshmallows. Then use the torch to toast the marshmallows just before serving. And just like that, perfect toasted marshmallow s’mores flavor!

What About Homemade Marshmallows??

How about these Homemade Oreo Marshmallows? My mouth is watering already! Imagine those pairing with the s’mores cupcakes – you could even use cookies and creme white chocolate instead of milk chocolate bars for a delicious flavor twist! 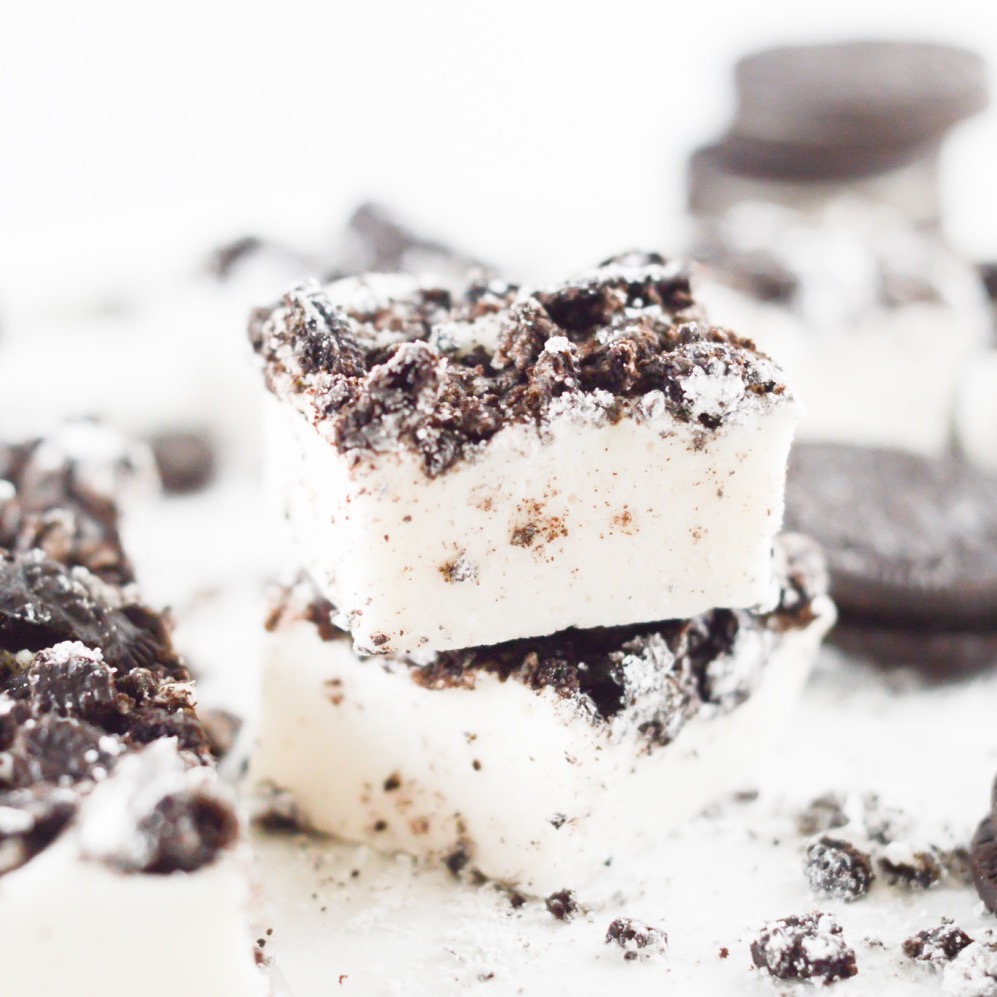 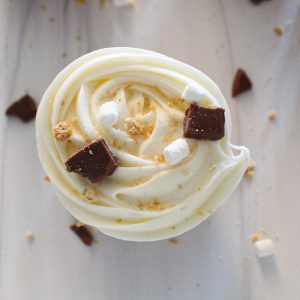 Note: When the cupcakes come out of the oven, they may look a little bit like they exploded. This is just because the marshmallows puffed up when they were cooked and then deflated, leaving a bit of air space. It’s fine – and those spots will be covered up when you frost them!

Hi, I'm Lisa, and I run the blog Biscuits & Grading. I love creating easy family friendly recipes, making handcrafted cards, and exploring life through the eyes of my 16 month old son. Every day feels like a new experience, and for better or worse, I love it.