“Beautifully Bizarre” is the tagline for The PLACE Upstairs- Houston’s latest and greatest late night antique and vintage shopping experience. With a tagline and offbeat shop hours like that, you just have to wonder…’What DO they have up there?’ and ‘Who goes antique shopping at 11:30 at night?!’

The PLACE Upstairs is located well…as it’s namesake states…upstairs and above the local neighborhood bar- Continental Club. The whole 2nd floor of the building is actually a hidden gem of local vintage shops, but The PLACE Upstairs just happens to break the mold and stand out just a tad bit more. It opened in September 2013 by husband and wife proprietors- Laura and Mike, who also own Replay on 19th Street in the Heights. 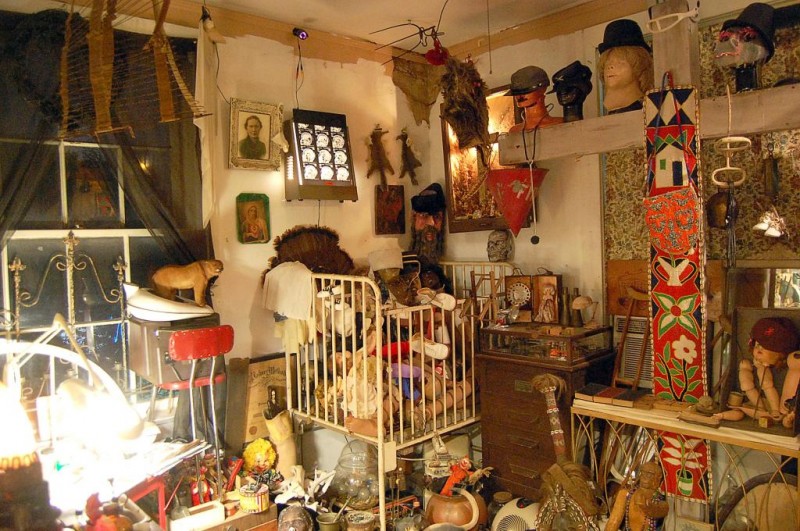 After being long-time collectors of vintage, antiques, and oddities themselves, decided to cash in their ‘wealth of stuff’ or ‘401K’ as they humbly call it; when they found that perfect spot in the Mid-Main section of Houston. Once the space was established, coming up with a name of the shop was also somewhat of a daunting task. Though it wasn’t until one brief conversation with the owner of the Continental Club for the name to be set… 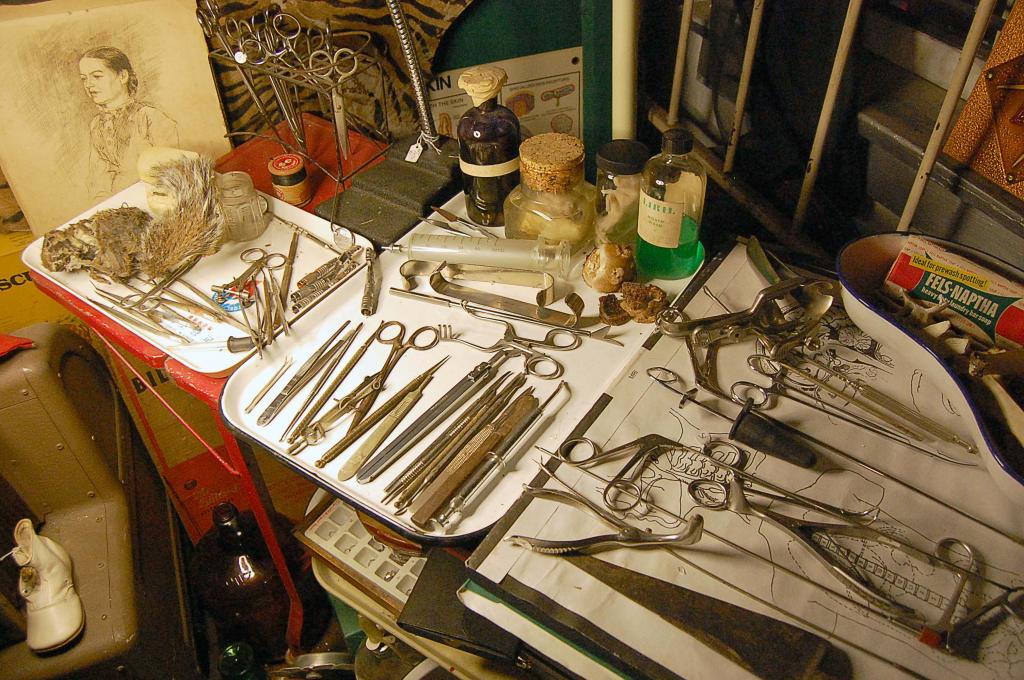 So you can imagine a gigantic lightbulb above Mike’s head going Ah HA! The name was vague, enough to make you question- ‘what is it’? “So we didn’t want to say what it was…but we did want to say WHERE it was.” 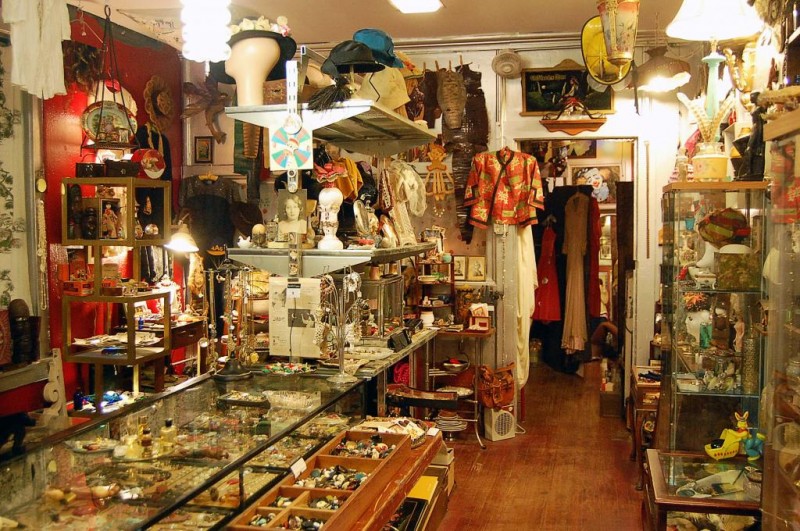 Then the shop was first opened, 100% of the merchandise was from their personal collections, though now it’s more like 85%. Laura recalls that when people would come up to the counter with an item, she would say, ‘Oh! This was above my sink for fifteen years!’ “Everything has a home to me still (in my head). Like, I know where it was in my house…”

Laura credits all her beautiful stuff softens the blow of Mike’s bizarre stuff (such as antique medical tools, doll parts, taxidermy). They have a running joke, “You might want to try on the rhinestone bracelet, but it might be on a raccoon paw!” She says the oddest things she has are the post-mortem photos. “I think it’s fascinating that that might have been their only memory of someone. And that they pose them like they were living. It’s just utterly fascinating. Morbid in a way, but in an endearing way.” 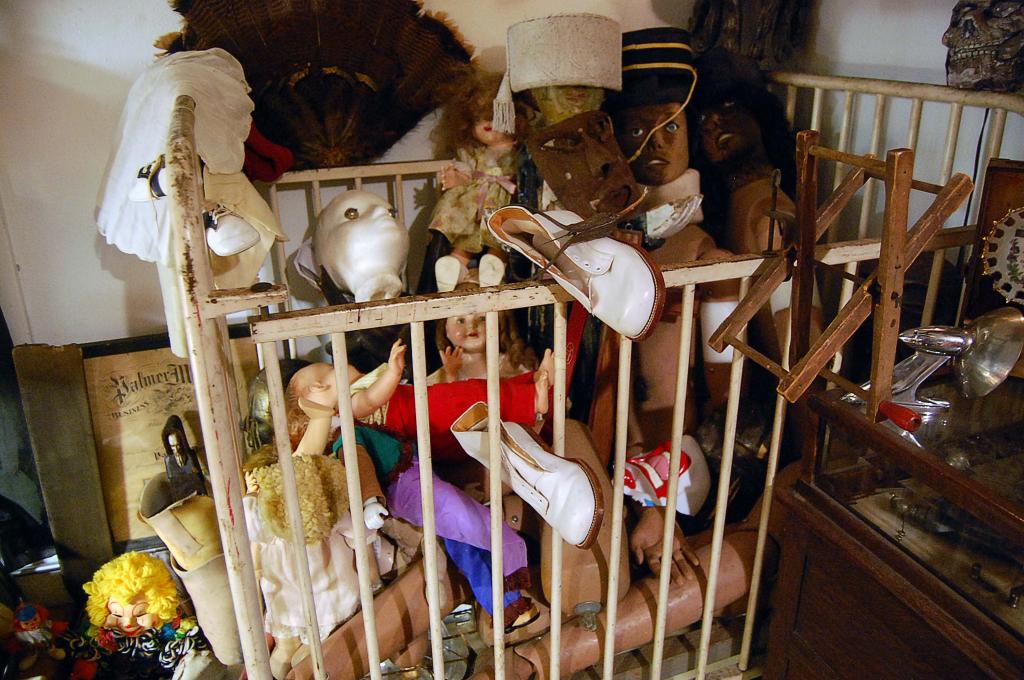 The earliest piece they have in the shop is a Roman coin, followed by pieces from the 1850s/60s and then up. Their guess is that there is nothing really above the 1960s (and that’s even pushing it). A shopper could literally stay there for a few hours, just looking at the 1800s/1910s beaded handbags, clothing and just…stuff… that’s the best way I can put it, because there’s just a hodge-podge of curiosities that could fit every category … Also, the best thing is that there’s usually a story (provenance) behind everything and usually Laura or Mike are happy to tell it. The average price- points of the shop are $30-40, but there are bits and baubles for $1 and apparently a item or two up to $8,000. “We want people to leave with something. We like to think of this place as an adoption agency. We are just finding homes for treasures.” 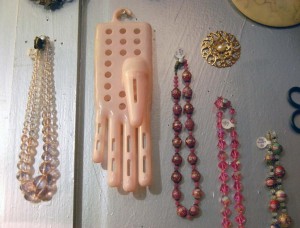 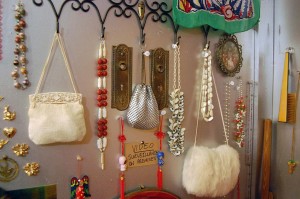